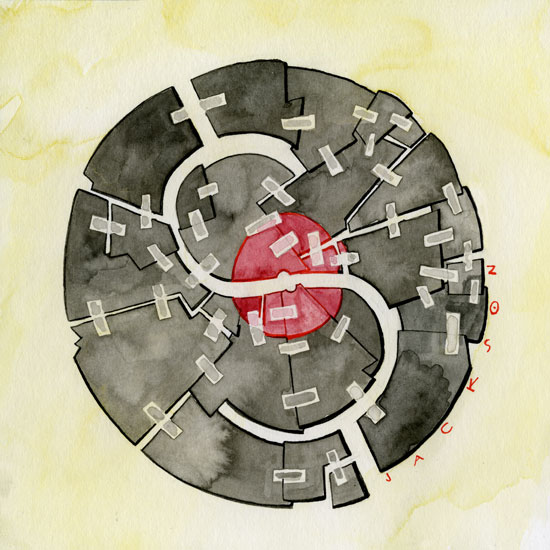 Years ago, we had a carpenter come in and cover a whole wall of our living room with built-in wooden shelves. Most of the shelves are covered with books. One area is devoted to my vinyl records, all but a few of which I’ve owned since the 1970s. And then there is the row of smaller shelves that take up the space to the left of the door.

When we had the shelves built, it seemed perfectly reasonable to include 11 smaller shelves that would house my ever-growing collection of compact discs. The home for the CDs made as much sense as the space dedicated to the vinyl. Even more, since I was still buying most of my music on CD at the time.

I look at the CD shelves now and laugh. I can’t think of the last time I added a newly purchased CD to the collection. Worse, there isn’t a CD player nearby if I wanted to listen to any of the hundreds of discs on the shelves. There’s a computer in the room. Most of the CDs have been imported to iTunes, so I have access to the music that way.

All of this is the end result of a process of technological progress and obsolescence that began almost 40 years ago and has irritated and annoyed me pretty much constantly ever since. That process has now reached a point of absurdity that’s no longer tolerable and for which the only apparent escape is to simply stop buying music.

Seriously. After being played for a fool for four decades, I’m done. The last gasp was a story I came across recently via social media. The gist of it was that the companies that owned the technology to create mp3s were no longer enforcing their licensing rights. Essentially, the story said, the mp3 was dead.

I’m not about to shed tears over this. I have no sentimental attachment to the mp3 or the compact disc. All they were, ultimately, were more convenient ways to store and convey music. If they are now turning out to be disposable, well, that’s the way things go.

The problem is that there’s no longer any illusion that progress is being made. There was, back when the CD replaced vinyl as the primary medium for storing music. There was a lot of excited talk about how the sound was better—“cleaner” was the word most often used—and of course the portability was a definite plus.

When the iPod came along, portability was the main selling point, and it was not insignificant. When I first started traveling for work in the 1980s, I had a Discman and a case that held maybe 24 CDs. That was the music I would have access to on a plane or in a hotel room somewhere. By the early 2000s, I had an iPod with thousands of songs on it available to me at all times.

That felt like progress. You might be sacrificing something, too, but there was a general feeling that you were moving forward. Now? No one is even pretending there’s a point.

Meanwhile, Spotify and other streaming services will allow you the ability to listen to pretty much any song at any time, giving you the convenience of that old iPod without the bother of having to own and store the music. Except that, at the risk of outing myself as a dinosaur, I want to own and store the music that I love. I believe in paying artists for their work and, for a price, I want to have access to that work whenever I want, even if the Wi-Fi isn’t good.

For the last decade or so, we’ve been shedding artifacts. We take pictures and store music on our smartphones, and that’s great. It’s much easier and faster than developing a roll of film or buying a CD. But how many photos from the past five years do you have access to right now? Maybe you stored some on a cloud or you uploaded them to a computer or whatever, but how many have just vanished? If Facebook or Instagram went dark overnight, how much of your personal history would disappear with it?

This all seems very dangerous to me. Maybe that’s just proof that I’m living in the past and I haven’t embraced reality. Or maybe we’re all rushing headlong into the future without much regard for, or protection of, the past. That’s certainly how it feels.

Then I look at my shelves. Books I’ve owned for 30 years are still sitting there, as easy to take down and re-read as they ever were. Vinyl albums I got for Christmas when I was in high school are lined up in alphabetical order, as available to listen to today as they were in 1978.

Thousands of songs and photographs are over there on the computer, praying that hard drive doesn’t crash. The books I’ve bought on my Kindle are here, assuming I can find the charger and get the device going again. The still-working DVD player is the only thing keeping my collection of movies from becoming shiny, useless junk.

I get it. Everything is digital and portable and will be available on our smartphones forever. That’s the promise, right? It’s just that it’s the same promise I’ve been hearing since I started buying CDs. Right now, I have some very pretty shelves covered with proof that this promise is total bullshit. And frankly, I’m getting too old to throw money away on bullshit.