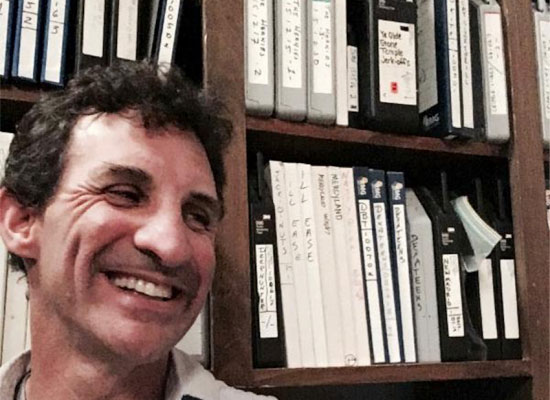 Early on, David Barbe performed in several Athens, Ga.-area bands (Bar-B-Que Killers, Mercyland, Buzz Hungry) before accepting Bob Mould’s invitation to join Sugar. Barbe left that group to concentrate on family and co-founded Chase Park Transduction studios, becoming noted for his production work for Drive-By Truckers, k.d. lang, R.E.M. and Deerhunter, among others. Finally, Barbe crafted his first LP under his own name (with the Quick Hooks), 2010’s Love It, Don’t Choke It To Death, followed five years later by his first true solo album, Comet Of The Season, although it was comprised of late-’90s/early-’00s tracks.

10th Of Seas, out August 18 via the Orange Twin label, represents Barbe’s first new material in seven years, and it’s a shambling wonder that’s buzzy, lo-fi and immediate. Says Barbe, who plays everything on the LP, of 10th Of Seas track “$1.79,” “It was inspired by some real events from my wayward teenage years, and then the song just went its own way. In one instance—the summer when I was 15—I lied about my age to get a fast food job so I could have a shot with a girl who worked there. That particular subterfuge did not exactly play out in real life as imagined. Hopefully, it works a little better as a song.”

We are proud to premiere “$1.79” today on magnetmagazine.com. Check it out below.