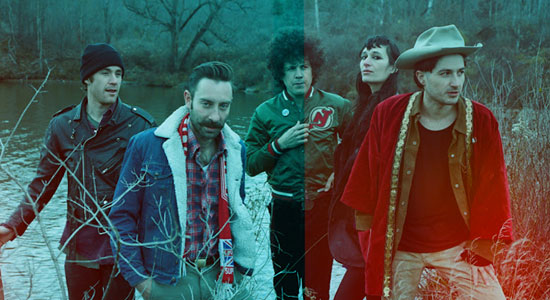 It’s ironic that garage rock’s enfants terribles enlisted the services of Sean Lennon to produce their eighth album, because the refining of their abrasive twang seemingly comes from long nights spent poring over pre-Rubber Soul Beatles. Underlying the Echoplex effects, groaning saxophone and layers of sinister noisiness on “Can’t Hold On” are a British Invasion backbeat, glistening tambourine percussion and wobbly vocal harmonies that are almost as drowned out as those elements were by screaming teenage girls in the ’60s. Even when Black Lips operate more on the obnoxious side of the coin—“We Know” grinds to intolerable, screeching halts in an attempt to prove themselves both edgy and improved—the fuzzy, surf swing of tracks such as “Occidental Front” prove the band can be powerfully charming.