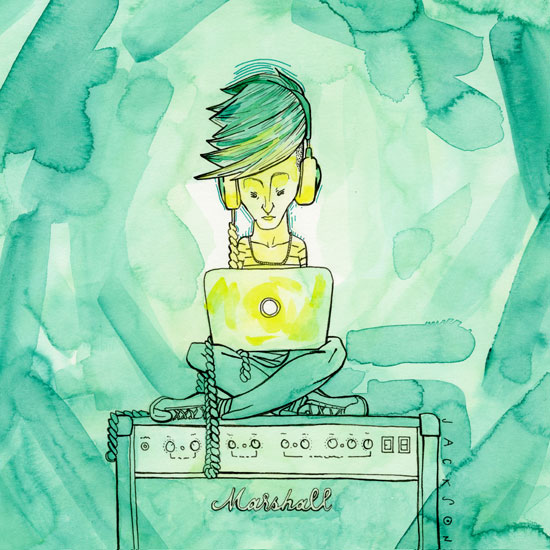 When I decided I wanted to write something about millennial bands, the first thing I realized was that no one in millennial bands will read it. They also won’t give a ripe shit what I have to say.

That’s kind of liberating for a writer. But it’s also kind of depressing, since it leads to the main point I want make about millennial bands.

We should define terms here, I guess. By “millennial bands,” I don’t mean bands that were relevant and addressing important issues at the turn of the century. Wilco, Radiohead, even U2—plenty of bands would fit into that category (although, honestly, not as many as I would’ve thought five minutes ago.) But that’s not what we’re talking about here.

This is about bands that are made up of millennials, meaning people who have come of age since the year 2000. This generation is as widely discussed and as self-involved as the dreaded Baby Boomer generation. That is especially galling to people like me, who were born to boomers and who gave birth to millennials. We were known as Generation X for about 10 minutes, but no one ever talks about that anymore. We’re tweeners, caught between the two most self-involved generations in human history.

For us, rock ’n’ roll was important. It meant something. It was culturally defining. Disco and hip hop were seen as threats to its pre-eminence, which led to all kinds of weird pop cultural friction. By the rise of the millennials, those culture battles were long over with. Rock ’n’ roll didn’t mean a goddamn thing to the average millennial. It was just one current flowing into a culture that they decided they invented.

And that’s fine. For the first time in 50 years, the electric guitar was not a major cultural force for our millennial friends. They’re more moved by keyboards, the kind with 88 musical notes or 60-some alphanumeric figures on it. Give them pop, give them light hip hop. Give them EDM—please.

The classic lineup of four skinny guys with guitars lined up in front of one maniac with a drum kit—the building blocks of music for 50 years—looks silly to them. Like the Beets on the old Doug cartoons: a useless representation of a useless era.

If the rock band, with all of its inherent cool and powerful iconography, means nothing, what use can the rock critic have for a 28-year-old musician? And why would he or she even bother forming one of those silly rock bands in the first place?

Not to continue the fight in an ongoing cultural war between Us (rock ’n’ roll!!!) and Them (our parents, music contrived to be popular). It’s more like an expression of personal quirkiness. Some young folks devote themselves to fermenting foodstuffs, some to building apps, some to playing guitars and drums and bass in a band. They’re more like Civil War re-enactors than they’re a continuation of the rock tradition. And believe me, they don’t give a damn about the rock tradition. Or any other tradition, frankly.

That’s kind of what’s liberating about being a critic in these times. I’ve always been ambivalent about the title. Critic. It implies a kind of mean-spiritedness that I only occasionally feel toward musicians and songwriters. I enjoy sharing things I’m enthusiastic about more than I enjoy skewering people who I think are falling short. And if I hate it but someone else loves it, who am I to say they shouldn’t be listening to it?

I’ve occasionally pissed off or annoyed artists, sometimes artists I really enjoy or admire. It happens. I don’t particularly enjoy doing that, and I certainly don’t seek to do it. But it only happens because the artist buys into a paradigm where other people’s opinions mean something. And I just don’t think millennials buy into that paradigm, or any other paradigm.

What would the term “critic” mean to your average millennial? When has that millennial ever been subject to anything as harsh as criticism? This is a generation defined by participation trophies, by “Good job!” pats on the back. Why would they accept a kick in the ass from a stranger in a magazine or website? How would they even recognize one?

My sense of millennial bands is that they are formed by talented kids from the high-school band with supportive parents. And by supportive, I mean financially as well as artistically.

“You want to start a band? How nice! You need a nice new Gibson electric guitar and a Marshall amp and how about a nice drum machine until you make some friends with talent?! This’ll be fun. I’ll clear out the rec room so you can set up!”

Three days later, the kid is posting home-recorded songs on his or her Bandcamp page. A week after that, offers are coming in from indie labels run by doddering Gen Xers who haven’t heard or played a good song in 20 years. You think any of those people are concerned what a review might say? And who’s reviewing them, anyway? Some other millennial making a nickel a word from some shitty website, that’s who.

I think we’ve already pretty much established that what we think of as “rock music” is no longer living or breathing. It’s safe to say the idea of rock criticism died right along with it. Along come our millennial friends, making mostly shitty music in the same criticism-free environment they do everything else.

Lucky for them, I guess.