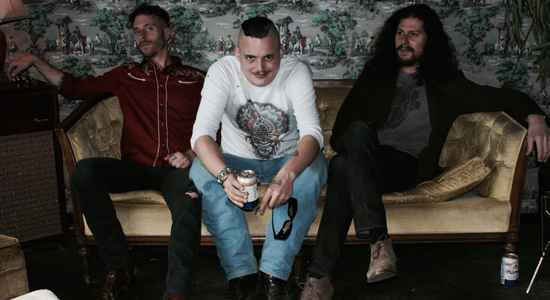 On this disturbing album, the Yawpers give us a song cycle—you can call it a rock opera without indulging in hyperbole—that’s unlike anything you’ve ever heard. Nate Cook and Jesse Parmet play acoustic instruments, but they produce an extraordinary palette of tone, color and sound as they range through the worlds of rockabilly, early R&B, blues, folk and punk. Noah Shomberg’s inventive drumming fills in the background on this tale of murder and retribution. Boy In A Well’s cinematic arch is complemented by the comic book that comes with the album, illustrated by J. D. Wilkes of the Legendary Shack Shakers. Cook tells the story of a baby abandoned in a well on the last day of World War I, following the infant though his brief, tragic life and death. His vocals are as wrenching as the grim scenarios he describes, a performance that leaves you desolated and emotionally exhausted.