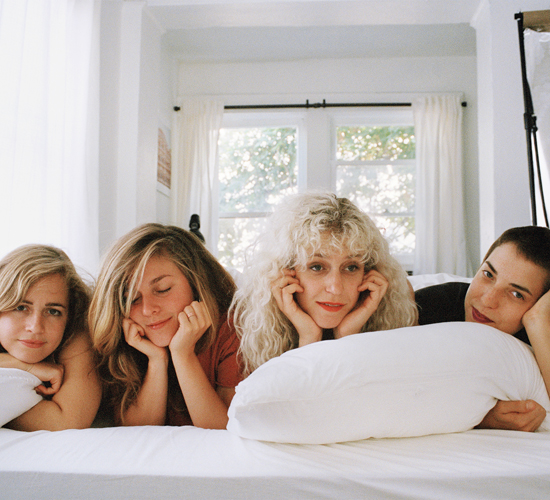 After breaking out with an album-length survey of the freaks and geeks found at most social gatherings (2015’s Time To Go Home), Seattle’s Chastity Belt returned two years later with a masterful collection of unflinching personal insight. I Used To Spend So Much Time Alone comprises the internal observations of singer Julia Shapiro (and drummer Gretchen Grimm, whose “Stuck” is a highlight). Characterizing herself as the perennial loner implied by the album’s title, Shapiro guides her crew through relatable tales of a world that preys on the introverted. Honest, matter-of-fact lyrics are aided by swirling guitars and steady rhythms. Save for jet-propelled closer “5AM,” I Used To Spend So Much Time Alone is a warm, unhurried listen. All this is coupled with the band’s delightfully wry sense of humor: Check out the shot-for-shot remake of Temple Of The Dog’s “Hunger Strike” video the women did to accompany lead single “Different Now” or their JCPenney Portraits press pics. In another time, Chastity Belt would surely be scooped up by some major label looking to add some emotional “edge” to its roster. Lucky for us, Chastity Belt exists in the present, where we can all be alone together. —Eric Schuman