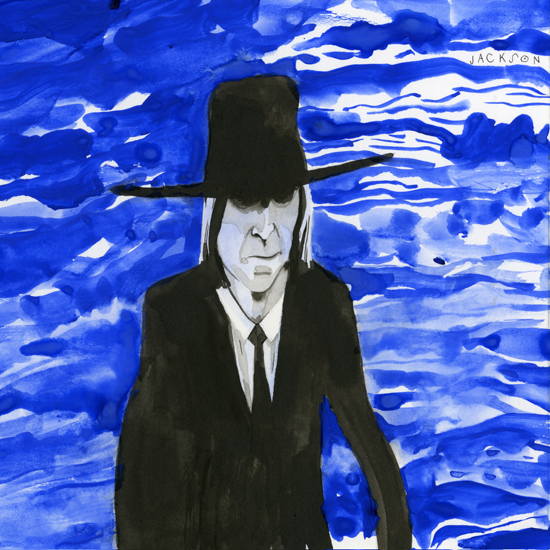 This was not going to be about Tom Petty, but then he died, and, well, plans changed. It didn’t hurt that Petty first gained attention during the ’70s punk era and remained relevant and listenable through the indie-rock era and beyond. He was even on the cover of MAGNET once, which I thought was pretty cool. Here was a rock star who still qualified as a “Real Music Alternative,” even 25-plus years after he first popped up on our radios.

There was nothing punk about Petty’s music, really. Sure, there was a sneering derision in some of his lyrics and in the way he sang. But the music was rock ’n’ roll, pure and simple. Petty was ballsy enough to make straight-up rock music during an era when everyone else was tearing their jeans and spiking their hair in an effort to fit in with the perceived scene.

Compare Petty and his Heartbreakers to the Police. Also not a punk band, Sting and the boys dyed their hair blond and spiked it up in an effort to pass the punk test and market themselves. Elvis Costello was really a rock ’n’ roll writer—he’d tried to make it before punk broke and simply altered his look to fit in. It worked, and Costello’s first couple of albums were energized by the attitude of the times, but when the “mature” Elvis appeared a few albums later, that was the real Elvis, the pre-punk Elvis.

And all that was fine. I liked the Police then and now, and I liked Costello then and now. But Petty didn’t bother with the posing. He was just himself, whether it fit the mood of the times. And that is infinitely more punk, spirit-wise, than the pictures Sting and Costello posed for in order to pass as punk.

Think of the cover of Damn The Torpedoes, the first Petty album I bought. It was just Tom, standing there with his long blond hair and his guitar. He wasn’t trying to pass as anything but himself, which is exactly the kind of realistic individuality that punk was supposed to be about. Around the same time, Mick Jones of the Clash had longish black hair. I always considered that the most punk look in the Clash, because it was Jones flipping off all the stereotypical trappings of ’70s British punk. And when he turned up with short hair on the cover of London Calling, that was fine, too. As long as Mick was doing things on his terms, he was a punk hero to this suburban Philadelphia kid trying to make sense of it all.

It was a fascinating time. The original stars of ’60s rock were flailing about, trying to stay relevant. Even such unquestioned giants as the Who and the Rolling Stones were cutting tracks with disco beats in order to sound current. I was a huge fan of those bands—throw in the Kinks and that was the foundation of my music fandom (the Beatles had pretty much dispersed by the late 1970s). Now punk had come along and shaken everything up again.

I loved the Clash more than anything at that point. They really were, if not the “only band that mattered,” the most powerful band of their era. With the Clash, I felt what it must be like to listen to those other bands, the Who and Beatles and Stones, when they were churning out classic albums every year or so. With London Calling and then Sandinista!—two careers’ worth of great music for anyone else—the Clash delivered two masterpieces with minimal fuss and bother.

But Damn The Torpedoes, a record released just before London Calling? That was a pretty perfect album, too. And while the Clash couldn’t survive beyond 1982’s Combat Rock, Petty just kept making great records full of memorable, beautifully crafted songs. And he died a few days after completing a long 40th anniversary tour with the Heartbreakers.

In the four decades in between, he was always relevant and always worth listening to. He was as good as anybody ever, combining quality and durability the way very few—Dylan? Neil Young? Springsteen?—are able to do.

I know a few people who ranked Petty as their favorite artist, but only a few. I could never say he was at the very top of my list. But almost everyone I know liked Petty and could (and would!) sing along with any one of his hit songs if the occasion called for it.

Nobody didn’t like Tom Petty. When you get down to it, that’s a hell of a legacy.