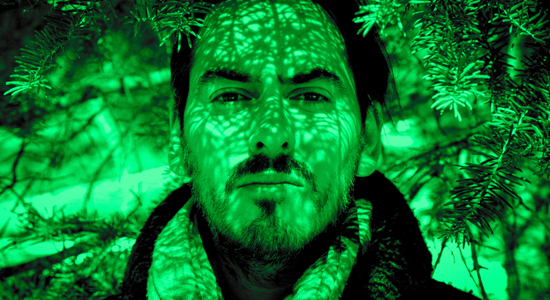 After 17 years of working on the periphery of the music business (e.g. RZA, Prince, his trio with Joseph Arthur and Ben Harper, Fistful Of Mercy), to say nothing of a lifetime of being that rarest of things, a Beatles scion, the apple doesn’t fall too far from the tree when it comes to Dhani Harrison and his first solo album. For all of Harrison’s chiming, sinewy guitars, diminished chords and heavenly choral backgrounds (George’s signatures), however, IN///PARALLEL manages to mostly push the notion of lineage aside in his aspiration toward something more cinematic and certainly sequenced-synthetic. With that, the long, lush and bouncing “All About Waiting,” complete with a holy co-vocal during its resting bridge from Camila Grey, begs for a house-music remix. Slower, crowded moments such as “Poseidon (Keep Me Safe)” and “The Light Under The Door” undulate and swirl like the concentric circling pustules of energy and atmosphere created by painter Chuck Close. As good as IN///PARALLEL is, Harrison leaves you curious to hear how much greater he can be when he really lets loose.