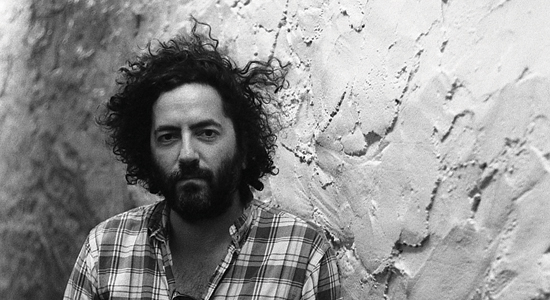 With his new Destroyer album, Dan Bejar once again renews his license to confuse

When John Ashbery died in September, he was celebrated as the great American poet of the avant-garde. The New York Times obituary quoted a comment he once made in an NPR interview, explaining the nonlinear logic in most of his poems: “What they are is about the privacy of all of us, and the difficulty of our own thinking … And in that way, they are, I think, accessible if anyone cares to access them.”

It makes sense that Destroyer’s Dan Bejar feels an affinity with Ashbery. His lyrics work in similarly interior, non-sequitur style, full of abrupt allusions, shifting perspectives and witty asides. And he’s been accused of being obscure even as he’s praised for being brilliant.

“I’ve often been tempted to look up whatever various defenses Ashbery had for himself when having to answer for his style, and I thought I would maybe rip some of those off verbatim,” says Bejar. “He always seemed to have simple but elegant responses to a certain legion of people who feel the need to say, ‘What the fuck is this guy talking about?’”

On ken (Merge), his 12th Destroyer LP, Bejar seems to be talking about madness and the fall of capitalism and the end of the world and other madcap theatrics. It’s colored by a musical palette drawn from late-’80s British alternative rock, what he calls “the late Thatcher era” of the House Of Love (“druggy, mystic, moody stuff”), the first solo album from Echo & The Bunnymen’s Ian McCulloch (“There’s this kind of mournful, post-punk Leonard Cohen quality that he’s trying to dream up”) and Australia’s the Church (“People never thought that was a really cool band”). There are explicit musical allusions to New Order on the Peter Hook-like bass lines of “Tinseltown Swimming In Blood” and “Sometimes In The World,” and lyrical allusions to the Smiths on the opening lines of “Cover From The Sun” and elsewhere.

“I will say that the Smiths and New Order are groups that have haunted Destroyer records for decades now,” says Bejar. “They’re like a specter; I feel constantly that I live in their shadow. Even on records where it hasn’t been as overt as on this one, or people haven’t heard it, it’s there, especially Morrissey and Bernard (Sumner) as singers and writers. That sounds like a strange thing to say about New Order, but there’s always been this kind of awkward speaking quality to Bernard as a singer that I loved from when I heard it when I was 13 in suburban Vancouver.”

Absent this time are the strings of 2015’s Poison Season and the smooth, lush grooves of 2011’s Kaputt. In their place are electric guitars and synthesizers and a punchier production style courtesy of drummer Josh Wells; Bejar calls it “darker and harsher and more minimalist than any other Destroyer record I’ve made.” For the first time in a decade Bejar wrote the songs on guitar, and they’re leaner and more linear, at least musically.

“Even lyrically, I feel like the narrator is coming from a more specific place,” he says of ken. “When I listen to the songs, there’s usually someone who is either seeking isolation or singing from a place of isolation, or of abandonment or seeking to abandon, or wandering away from and isolating themselves from a world. That voice usually describes the world in terms of three or four different qualities that keep cropping up in the songs, and those qualities are a world that is insane or sick or decadent or violent. It’s cool in the sense that it’s a limited palette. I like those themes, and I think they’re easily trackable, which is different from a record like Poison Season.”

The album’s name comes from an alternative title for Suede’s 1994 ballad “The Wild Ones.” Says Bejar, “There was the epiphany moment when I was cruising through the extra tracks on this deluxe Dog Man Star CD, and there it was, that ‘The Wild Ones,’ which is kind of a huge song in my mind, was originally called ‘Ken.’ I was more interested in the way that language can instantly transform meaning: It was as if you found out that ‘Strawberry Fields Forever’ was originally called ‘Buddy.’ ‘The Wild Ones’ is kind of this moment of debauched grandeur and English melodrama, while ‘Ken,’ it’s such an old-fashioned English name, it’s such a modest little word. It kind of created this instant hidden meaning to some other secret path in the song. It’s 100 percent delusional on my part, but those are the kinds of delusions I’ve been coming up with for 30 years.”

But the Destroyer album title is not uppercase “Ken,” as in Barbie’s boyfriend (which Bejar feared might be a misinterpretation) but lowercase. “It’s a neat expression that you don’t hear much anymore, the old usage of the word about something being beyond my ken, meaning beyond my scope of understanding or beyond my field of vision,” he says.

In other words, if something is beyond your ken, you might ask, “What the fuck is this guy talking about?”

One answer: Don’t ask. Just listen, and Destroyer can be within your ken.