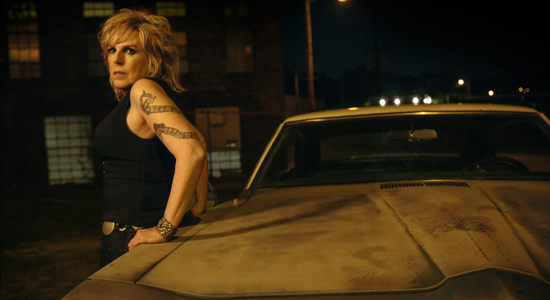 Lucinda Williams has recently done some of the greatest work of her long career. Both 2016’s The Ghosts Of Highway 20 and 2014’s Down Where The Spirit Meets The Bone are among the best of her dozen studio albums (and they’re both double sets). At the top of the list, though, would be 1998’s Car Wheels On A Gravel Road and her 1988 self-titled album. Sandwiched between them was her fourth record, 1992’s also excellent Sweet Old World, and that’s the one Williams has chosen to remake and remodel as This Sweet Old World.

Recorded quickly with her touring band plus steel-guitar wiz Greg Leisz (who was involved in the initial sessions for the original album), This Sweet Old World resequences, stretches out and, in one case, rewrites the early versions, and it adds several songs that Williams covered in that period. The biggest difference, though, is her voice. Although the Louisiana-bred Williams started her career doing blues covers, her pipes had more (alt-)country in them: They were wistful and sometimes sweet. As she aged, her voice took on darker tones, and what had been a drawl turned into a cracked and bluesy slur that’s more menacing, more bitter, more complex. Sweet Old World was a sad album haunted by suicides of friends, but the ache of loss now has the weight of resigned wisdom. Even songs that aren’t radically reimagined—like “Something About What Happens When We Talk,” Nick Drake cover “Which Will” and the title track—take on new layers of meaning.

Williams is competing with listeners’ ingrained memories of these songs, and that can be a challenge. But the rock songs rock harder (“Six Blocks Away,” “Hot Blood”), the swampy blues songs groove more deeply (“Prove My Love,” “Lines Around Your Eyes”), and the “He Never Got Enough Love” rewrite (now with original title “Drivin’ Down A Dead End Street”) tells a better story. It’s enough to make you willing to forget the past.