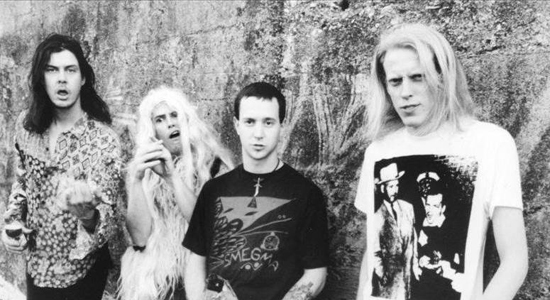 This year Butthole Surfers, the grey eminences of psych/punk, are set to release their first new music in 17 years, as well as a slew of remastered reissues in honor of the band’s 30th anniversary. (Sidenote from your granddad: The historical curation of punk would’ve been the least predictable element of punk during its artistic heyday.) Ahead of the pack comes this four-song, 10-inch sampler from 1987’s Locust Abortion Technician, by every measure a crowning moment in the band’s discography. “22 Going On 23,” “Graveyard,” “Sweat Loaf” and “Pittsburgh To Lebanon” neatly summate the LP’s blend of swamp groove, free-jazz absurdism and hardcore sludge. There really was nothing like the Butthole Surfers’ acid-soaked freeform workouts during their golden era—the Meat Puppets came close—and this “reissue” reminds us there’s really nothing much like them today. Here’s a stoned revival we can get behind.