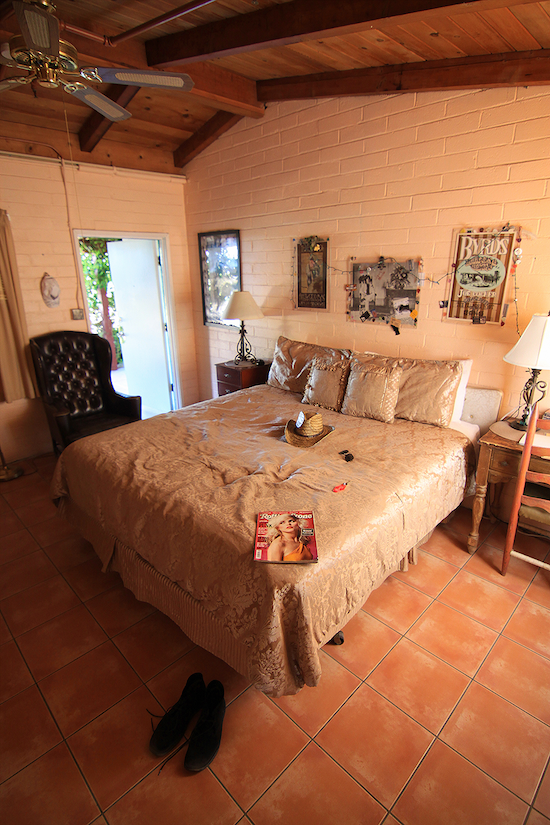 Rigby: Years back, I played a quiet little gig at a coffee shop in 29 Palms, near Joshua Tree, Calif. I can’t remember the name of the place, but they made a mean Guinness milkshake. (It actually tasted good for the first few sips and then kind of sickly.) What I remember most of all though is that the promoter booked me into Room 8 of the Joshua Tree Inn. This is the room where Gram Parsons died, and it felt kind of ghoulish at first. His music was hugely important to me—back in the ’80s when my first husband, Will Rigby, played Return Of The Grievous Angel for me, the world of country music suddenly cracked wide open and I realized you could honor tradition by tossing it away. The thought of laying down to sleep where Gram ended made me kind of scared, but I had to do it. Yes, I took out my guitar. Yes, I wrote in the guestbook, some cosmic blatherings like all the other faithful who’d checked in (and hopefully out). I will say that I slept like an angel, and I’m not a good sleeper. If you can ever go stay there, do it.