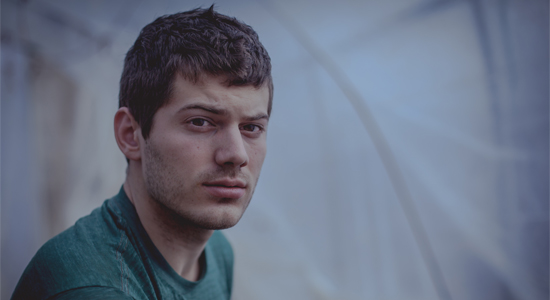 Anthropocene, the title of Peter Oren’s second record, is a term coined by Nobel Prize-winning Dutch chemist Paul Crutzen to describe the era in which humanity has had a substantial impact on the environment. “It’s a topic we can’t ignore,” says Oren. “The hurricanes on the East Coast and the fires in California show us that we’re living on a tinderbox. About a year ago, I knew two gardeners, one depressed, one angry. They asked me where all the climate-change songs are, so I started writing.”

Oren played guitar as a teenager and fell in love with poetry in high school. He put his passions together in college and started writing songs, many of them with a political slant. “I don’t have a solid understanding of composition or theory,” he says. “Songwriting is a constant process of discovery. Do these two chords sound good together? If yes, go. If not, scrap it.”

“I add nuance and metaphor to keep the message personal,” he says. “I want to sound like I’m talking to a neighbor about climate change and how concerned I am and how I want to work together with my community to find a solution. I don’t know if we will. Our problems stem from an economic and political situation we have to change before we can exercise collective power. We have to get out in the streets and stop trying to work within the system. Republicans and Democrats have the same goals, and the minority party is always underfoot. Instead of being a collaboration, it’s a fight for power. Whoever wins makes the other side’s life hell.”