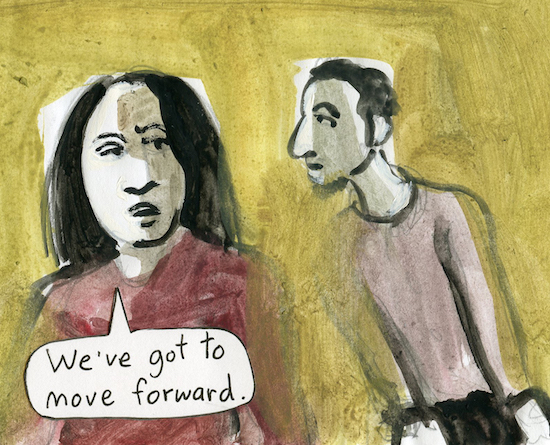 We performed “Ribbon” a lot in the mid-1990s. It’s a landscape-and-time scenario that reflects a spike in our energy. So much had already been accomplished in terms of albums released, tours and associations with like-minded people. I felt there was room for less literal lyrics, even though I’d frequently been told no one could tell what I was singing about anyway. At the time, a lot of our history was “streaming out behind us” with the “news from nowhere” being a general nod to a restructuring of society, referencing William Morris’ novel from 1890 about a future based on common ownership and democratic control of the means of production. I don’t think I’ve ever mentioned that to anyone before.