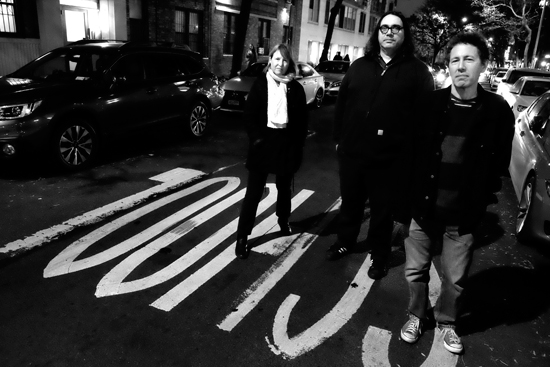 Even after almost 35 years, Yo La Tengo still comes across—in the best sense of the word—as amateur. Not hardened professionals, rarefied visionaries or virtuosic technicians, but ordinary people, driven by an unflagging, subtly infectious love. It’s why their “greatest hits” compilation (released 13 years ago; more than a lifetime for most bands) was so aptly titled Prisoners Of Love. And it’s key to why they’ve remained such enduring, endearing favorites. One fairly unique distinction they do possess is an enviable confidence in their own instincts, which can make their risk-taking and experimentation seem utterly natural, even unremarkable, while at the same time nearly always rewarding.

So it is with their self-produced 15th LP, whose contents weren’t written or performed in the conventional sense but assembled by bassist James McNew from fragments of studio improvisations and other scraps recorded over a period of years. If that process suggests a radical shakeup in the band’s style or sound, rest assured: The finished product couldn’t be mistaken for anything other than a YLT record. Coming after 2013’s Fade, which featured some of the band’s best, most focused songwriting, There’s A Riot Going On stands out as a more immersive, mood-centric record. (There are plenty of conventional songs here, but few are especially striking as such.)

While close listening reveals a bit more nuance and complexity than their typical work, the overall effect is similar to any of their more low-key outings from the past two decades. Think of it as a synthesis of 2003’s underrated Summer Sun and 2002’s more adventurous soundtrack outing The Sounds Of The Sounds Of Science. Nothing, then, but another routinely enchanting, brilliantly unexceptional, standard-issue stunner from Hoboken, N.J.’s finest.