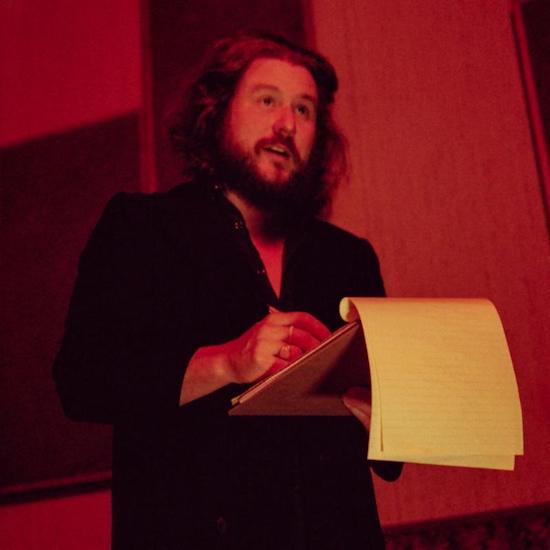 My Morning Jacket frontman Jim James will release third solo album Uniform Distortion on June 29 via ATO. The 11-track LP is the follow-up to 2016’s Eternally Even and will be supported by lives dates in NYC (May 20 at David Lynch’s Festival Of Disruption) and Berkeley, Calif. (June 21 opening for Robert Plant And The Sensational Space Shifters) … Father John Misty returns with fourth album God’s Favorite Customer on June 1 via Sub Pop … A week later, Lykke Li is back with her fourth album, so sad so sexy, on RCA … The English Beat will release Here We Go Love, its first new album since 1982, on June 15 … That same day, Immersion—Colin Newman (Wire) and Malka Spigel (Minimal Compact)—will release Sleepless on swim~ …  Prefuse 73 returns May 25 with Sacrifices (Lex) … Innocence Mission‘s Sun On The Square is out June 29 on Badman … LUMP is Laura Marling and Mike Lindsay (Tunng, Throws), and the dynamic duo’s self-titled debut is out June 1 via Dead Oceans … Grand Bargain! is the first LP from the Poster Children since 2004, and it comes May 18 on Lotuspool … The Milk Carton Kids‘ All The Things That I Did And All The Things That I Didn’t Do (Anti-) is out June 29 … Given that we’ve been waiting 12 years for a new Essex Green album, Hardly Electronic (Merge, June 29) better be damn good … Ordinary Corrupt Human Love is the fourth LP from Deafheaven, out July 13 on Anti- … Jeffrey Foucault‘s Blood Brothers will be issued June 22 via Blueblade … Capitol Nashville is releasing Carrie Underwood‘s Cry Pretty on September 14 … Fates Warning‘s Live Over Europe is out June 29 on InsideOutMusic … On June 22, Paul Rodgers will release Free Spirit: Celebrating The Music Of Free on CD/DVD, vinyl and Blu-ray via Quarto Valley … The limited-edition, seven-inch-vinyl-only Supersonic Years: The Seventies Singles Box Set (Warner Bros., June 8) compiles the 10 singles that the notoriously singles-shy Black Sabbath issued between 1970 and 1978, including “Paranoid”/”The Wizard,” “Iron Man” (Single Edit)/”Electric Funeral” and “Sabbath Bloody Sabbath” (Edited Version)/”Changes” … Sub Pop will release Jeremy Enigk’s Return Of The Frog Queen: Expanded Edition, the newly remastered 1996 solo debut from the Sunny Day Real Estate frontman, on May 25 … Beside Bowie: The Mick Ronson Story, The Soundtrack is, well, the soundtrack to Beside Bowie: The Mick Ronson Story, last year’s documentary on famed Bowie sideman and prolific collaborator (Lou Reed, Morrissey, Queen, Elton John and Mott The Hoople, to name just a handful) Mick Ronson; the 13-track album features songs with Bowie, Queen and more and is out June 8 courtesy of UMe … Speaking of music-doc soundtracks: The two-CD and four-LP Life In 12 Bars (UMe/Universal, June 8; July 20 for vinyl) features 32 from the Lili Fini Zanuck-directed film on Eric Clapton, with songs from the likes of the Yardbirds, John Mayall’s Bluesbreakers, Cream, Blind Faith, Derek And The Dominos, the Beatles, George Harrison, Aretha Franklin and Muddy Waters; Life In 12 Bars is available on Blu-ray and DVD via Eagle Rock … Gene Clark fans, mark June 15 on your calendar: Gene Clark Sings For You collects eight never-before-released, post-Byrds solo songs and demos of six tracks he wrote for the Rose Garden (all from 1967), while A Trip Through The Garden: The Rose Garden Collection is a reissue of that band’s 1968 debut with 16 bonus tracks.