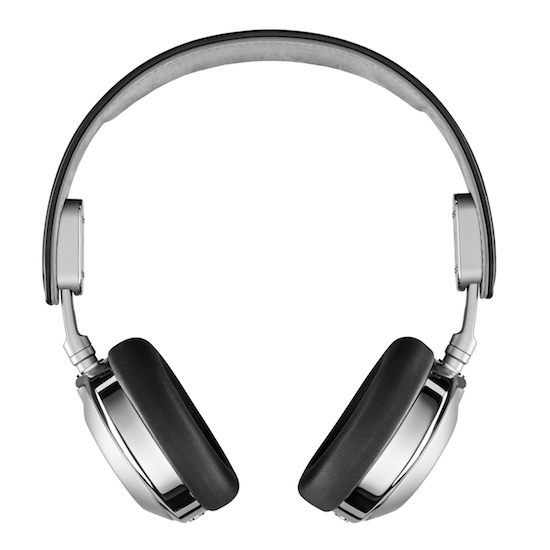 There are some real perks working at a music magazine like MAGNET: long hours, never-ending deadlines, low pay … wait, did we mention long hours, never-ending deadlines and low pay? But, in all honesty, the constant stream of new promo music that comes our way makes it a hell of a lot easier to get through all that stuff. Sometimes, the promos extend beyond music, to such wonders as band T-shirts and stickers or hookers and blow (kidding about those last two; it’s not the ’70s and ’80s anymore, kids). We were, however, lucky enough to recently receive a pair of Shinola Canfield On-Ear headphones, and let’s just say we’re quite impressed.

You might know the Detroit-based Shinola as the maker of high-end, well-crafted luxury items such as watches, leather bags and wallets, bicycles, jewelry, etc.—the kind of stuff you would buy for someone (or yourself) if you had a lot of disposable income and it’s a special occasion. Given we’re not in a financial position to spend almost a grand on a watch or nearly $3,000 on a bike, all we can say about those products is that they look really freaking cool and well-made, and we wish we would’ve gone to med school like our parents told us to so we could afford them. But since the fine folks at Shinola sent these Canfield On-Ear headphones our way, we’re able to take a walk on the well-to-do wild side that’s usually out of our monetary reach, and we thoroughly enjoy it every single time.

These headphones come in three colors (black & silver, cognac & silver and gloss black) and are made of stainless-steel components and (vegan alert!) have a leather headband and interchangeable lambskin ear pads. As far as looks go, these things are far classier than anything else around the office and certainly help our small fleet of MacBook Pros make a seamless transition from business casual to fun-time formal.

But since we’re not shallow people who only care about looks, what we’re really trying to find in a pair of headphones is how good they sound. Well, these babies sound great. Granted, we’re used to ones that cost around $25, not $350 (as these do), but either way, listening to music through these Canfield On-Ears is just an amazing auditory experience. Most people will tell you that all headphones pretty much sound the same, and they’re generally correct, because those are the people (like us) who’ve only ever owned headphones that cost about the same amout as a case of beer in Philly. (It’s similar to people who live in apartments in the city who claim a good view isn’t important; they say that only because they’ve never lived in an apartment with a good view or are blind.) The difference between listening to music through these Shinolas compared to the other headphones in the office is like the difference between watching a movie in the theater and watching it on your smartphone .

Since we’re far from audiophiles and most of the music MAGNET covers isn’t geared toward mandatory listening on high-end equipment, we can pretty much guarantee we won’t be using words like “presence” or “saturation” or “impedance” or “frequency,” mostly because we don’t understand what the hell they mean. Instead, we’ll say the bass on these Canfields kicks serious ass, we’re hearing stuff we never did before in songs we’ve listened to hundreds of times, the inline mic is easy to use and works really well, they’re comfortable and simple enough to use while walking around and are incredibly easy to hook up to any of your iProducts.

So the bottom line is this: If your Uncle Sam is giving you many happy returns of the day this tax season and you’re a hardcore music fan (and you probably are if you’re reading this) who gets your constant daily fix via headphones, you could do far, far worse than spending that cash on these Canfield On-Ears.  Besides, you weren’t really going to use that gym membership you planned on buying anyway.