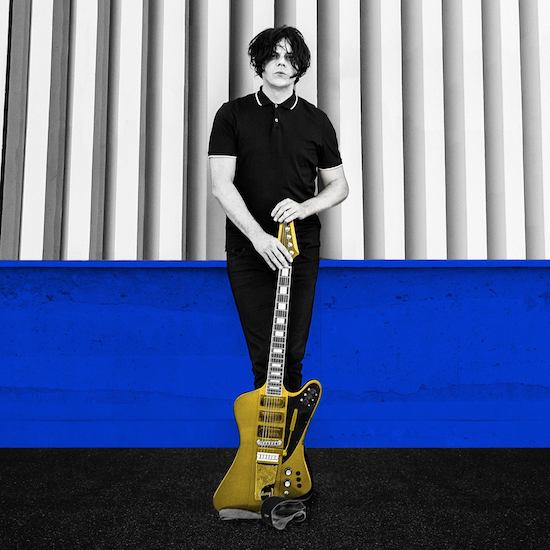 The three words composing the title of Jack White’s new album should be readily comprehensible to any average anglophone—unlike, for instance, Blunderbuss or Lazaretto—but that doesn’t mean the LP doesn’t offer plenty of opportunities for White to flaunt his sesquipedalian predilections vis-à-vis his song titles. Here’s a quick rundown/cheat sheet to some of the album’s most highfalutin verbiage.

“Hypermisophoniac”
“Misophonia” (literally “hatred of sound”) turns out to be a little-understood condition involving a psychological sensitivity to specific noises—a fitting title for a song peppered with all sorts of beeps and electronic swooshes, wherein “Every sound I hear/Is louder than the last” and “When you click your teeth/I need relief.” It’s unclear how that connects to the central refrain about “robbin’ a bank,” but the “hyper” part seems pretty apt, too.

“Abulia And Akrasia”
These sound like the names of intriguingly exotic characters (perhaps somehow connected to the Ezmerelda who turns up later in the album), but they refer to two distinct-yet-related concepts—one from neurology, the other from classical philosophy—involving the lack of willpower. In the case of the magniloquent, pleonastic, circumlocutious speaker in this odd interlude, spluttering on about abjuration and repudiation, it’s apparently related to tea-drinking.

“Ice Station Zebra”
What’s the link between this boisterous Beasties-esque boomer (whose title, like the two aforementioned, doesn’t appear in its lyrics) and the eponymous Cold War-era arctic espionage thriller? We don’t know Jack, although White does manage to make space for references to both Caravaggio and James Brown, while misleadingly suggesting at one point that the song is called “Cool Hand Luke.”