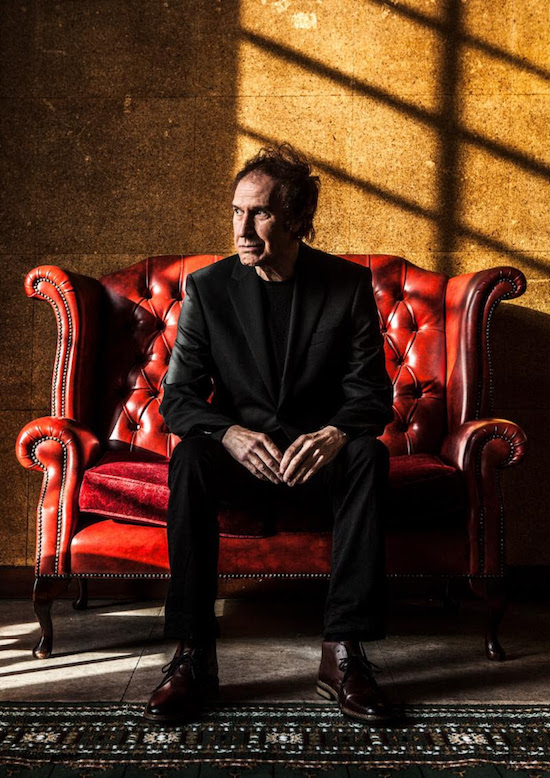 Former MAGNET cover star and Kinks mastermind Ray Davies* will release Our Country: Americana Act II, a companion to last year’s Americana that once again features the Jayhawks as his backing band, on June 29 via Legacy … High As Hope is the latest from Grammy-nominated Florence + The Machine, out June 29 on Republic … Dawes returns June 22 with sixth album Passwords (HUB) … All That Reckoning is the first LP in six years from Cowboy Junkies, out July 13 on Latent/Redeye … Blues legend and seven-time Grammy winner Buddy Guy has a new album called The Blues Is Alive And Well (Silvertone/RCA, June 15), featuring Mick Jagger, Keith Richards, Jeff Beck and others … The Tree is the ninth LP from two-time Grammy winner Lori McKenna; it’s out July 20 via CN/Thirty Tigers … Four-time Grammy-winning bassist Stanley Clarke will release The Message (featuring guest appearance from the likes of Doug E. Fresh and Mark Isham) on June 29 via Mack Avenue … The Beach Boys With The Royal Philharmonic Orchestra pairs, well, original vocal performances by the Beach Boys (also Grammy winners) with newly arranged and recorded music by the Royal Philharmonic Orchestra; out June 8 via Capitol/UMe, the 17-track album is available on CD and double-LP (the vinyl is due out August 17) … On June 22, Concord will issue Summer Horns II From A To Z by Dave Koz And Friends; the Grammy-nominated saxophonist will support the LP with a lengthy tour … Actor Guy Pearce continues with his musical pursuits July 6 with the Joe Henry-produced The Nomad, out digitally worldwide and on CD and vinyl in his native Australia … After two decades of forays into dub, world music and audio-visual projects, Thompson Twins frontman Tom Bailey returns to pop in July with Science Fiction … On June 8, BMG will issue Midge Ure‘s Orchestrated, which features—you guessed it— orchestrated versions of songs from both his solo catalog as well as from his days with Ultravox … The original lineup of Grammy winners A Flock Of Seagulls has reunited for its first album in 34 years; Ascension is out June 29 … ’80s college rockers Guadalcanal Diary reunited in the late ’90s for a series of shows and recorded/self-released the 16-song At Your Birthday Party (from two ’98 Atlanta dates); on July 13, Omnivore will give it a worldwide release with updated artwork and new liner notes … On June 29, Numero Group will issue Ectotrophia, a collection of recordings by Happy Rhodes made 1984-87, available on CD and double-LP … According to Michael Stipe, he’s got a hat the size of Oklahoma, and on May 25, he can fill it with an upgraded deluxe edition of the original cast album of Oklahoma!; Verve/UMe is issuing a 19-track, 75th-anniversary CD collection celebrating the iconic Broadway musical (the vinyl version has 14 songs, omitting the “Overture” and the four bonus tracks found on the CD).