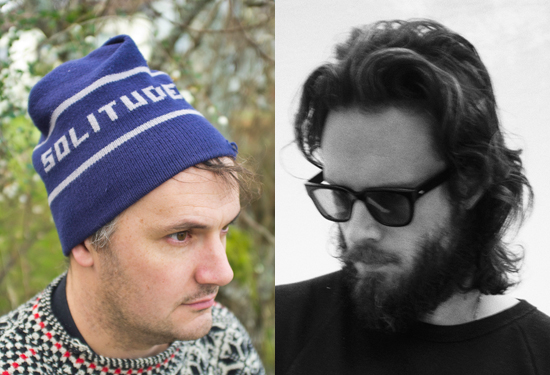 On Now Only’s title track, Phil Elverum sings about meeting Father John Misty last year at the FORM Arcosanti festival in Arizona: “I had stayed up till three/Talking to Weyes Blood and Father John Misty about songwriting/In the backstage bungalows.” On the song, he calls the exchange “a self-indulgent all-consuming wreck of ideas” in comparison to the grief he was experiencing. We asked him to tell us more about that night.

“It was really a fun night, actually,” says Elverum. “I had never heard Father John Misty before, but I watched his show at this festival, and then I went backstage. He’s very popular; I didn’t know anything about him. He was surrounded by people.

“I thought it was interesting, his way of songwriting. I didn’t really like the form of the songs or aesthetic so much, but the writing was inspiring to me. I felt like I’d never heard anything like it before, a songwriter’s willingness to use the vocabulary of the banal realities of our modern day. It seemed fearless to talk about dumb bullshit in an honest way and make it beautiful and deep.

“So that’s what we talked about: ideas, from different perspectives, and different ideas of identity and your public self and authenticity and trying to get underneath all these layers of performative persona and how tricky it is. We’ve had different lives, too. My situation is that actual death happening obliterated any pretense, and I could only tell the truth. I think he was struggling with it more, trying to find a way to truth through other methods.”