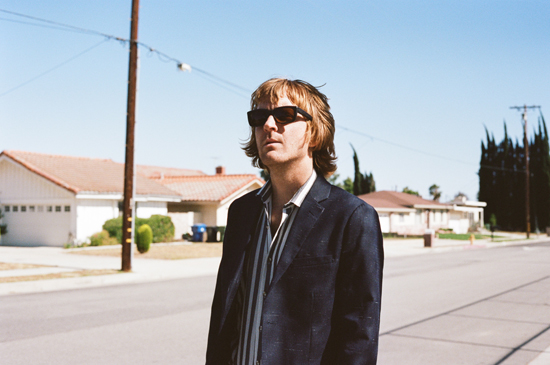 Garett van der Spek, the South African expatriate who records as Prism Tats, is proud that sophomore album Mamba (Anti-) is a guitar-driven effort. “I achieved a tone on the guitars— a sense of venom and aggression—that I could never get recording at home,” he says. “Chris (Woodhouse) took the sound to a new level.”

The L.A.-based van der Spek and producer Woodhouse (Ty Segall, Thee Oh Sees) took the home demos the former made on his laptop, used them as a template and redid the songs in the studio, recording on 16-track analog tape and pushing van der Spek out of his comfort zone.

“Analog isn’t as unforgiving as digital, so you come out of it as a better musician,” says van der Spek. “We considered what we could do to make every note resonate. Stacking the tracks up to get that spacious, oceanic sound takes more time, but the music is warmer, closer to a live performance.”

The ever-shifting, kaleidoscopic arrangements on Mamba balance van der Spek’s understated vocals with bracing blasts of guitar noise and hypnotic layers of Farfisa that suggest the outer limits of krautrock experimentation. The emotional landscape of the tunes is just as complex, moving from the sparkling, keyboard-driven serenade of “Ocean Floor” to the grinding, post-punk attack of “The Liar,” a harbinger of impending doom written during the 2016 election cycle.

“I went into the studio to record right after the election, and it cast a shadow over the sessions,” he says. “There was a doomsday feeling, like the world was ending. I’ve been in America for 10 years, but I still I feel like an outsider. That may give me a unique perspective. I write pop music, but I relate better to music that’s realistic. To sum it up, I prefer documentaries to romantic comedies. There’s a time and place for lighthearted entertainment, but that time and place is not right now.”

UNDER THE INFLUENCE WITH GARETT VAN DER SPEK 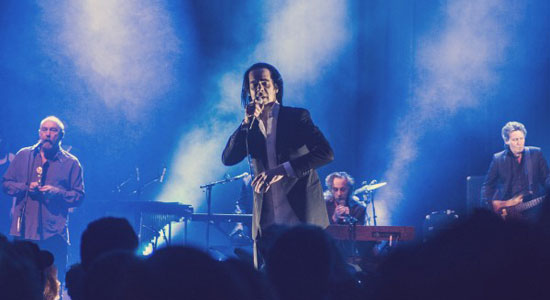 Nick Cave
“I was lucky enough to see Nick Cave last year. It was a profound and inspiring experience to see someone who has become an icon and a legend for doing the thing he does and never straying from it.”

Zanele Muholi
“Back in South Africa, I went to the Zeitz MOCAA museum. The building is a work of art, and I got to see some work by Zanele Muholi. Her art is striking and beautiful.”

Hailu Mergia
“When your partner asks you to play anything but that record, you know you’re obsessed. Mergia & Dahlak Band’s Wede Harer Guzo has been on repeat of late.”