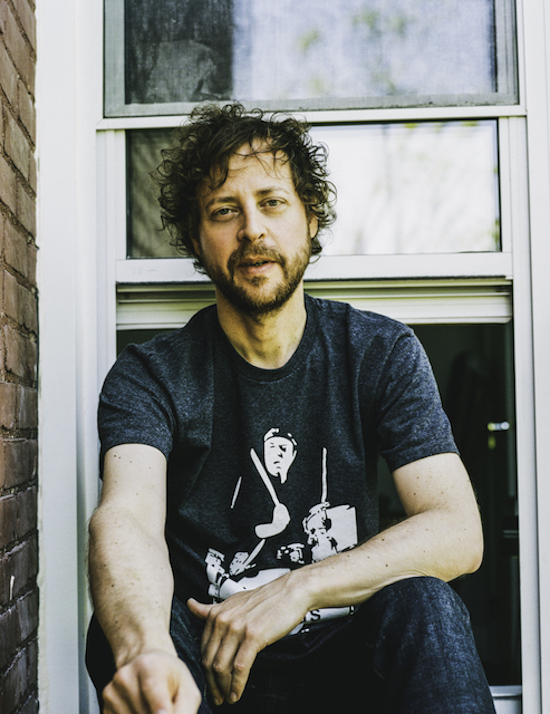 The War On Drugs. Sharon Van Etten. Hiss Golden Messenger. Josh Rouse. Ben Folds. Kinda sounds like what you see when you’re flipping through a typical issue of MAGNET. What those artists also have in common is that each is an entry on the resume of one Darren Jessee, a North Carolina-based multi-instrumentalist/songwriter. Probably best known as the drummer for Ben Folds Five (he co-wrote mega hit “Brick”), Jessee worked with the others either on record or on the road. Since 2005, he’s put out a string of records under the Hotel Lights moniker, and he’s set to make his solo debut August 24 with The Jane, Room 217 (Bar/None).

The album is a quiet affair, mostly Jessee on his own, working on a six-track recorder in his home. The desire was to keep The Jane, Room 217 intimate, not relying on a band and proving he had “the courage to be a solo troubadour,” he says. What started as demos ended up being the final album, following some contributions from longtime collaborator Alan Weatherhead and arranger/composer Trey Pollard (Foxygen, Waterboys).

“I was drumming in touring bands, and the idea of working on a quiet album was exciting to me,” says Jessee. “I’ve always loved sparse songwriter records, and it’s also where I feel my voice. Trey added strings. We bonded over our love of Tom Waits’ Foreign Affairs. I only told him to break hearts. Al Weatherhead mixed it.”

Opener “Anything You Need” is one of The Jane, Room 217‘s standouts, a quiet acoustic-guitar/piano number that’s bathed in breathtaking strings by song’s end. We’re proud to premiere “Anything You Need” today on magnetmagazine.com. Check it out below.