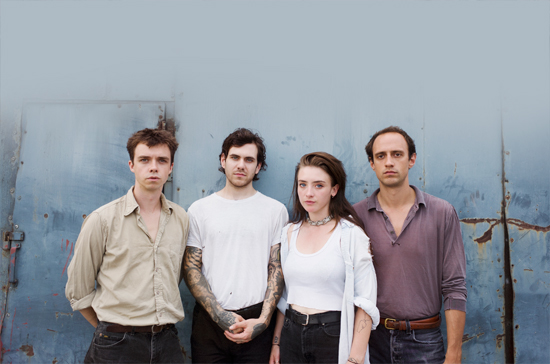 After years of trying to find their identity, Frigs are finally ready for their closeup

In the eight years since vocalist/guitarist Bria Salmena and guitarist Duncan Jennings started playing together, the pair has endured a wholesale variety of change. Originally dubbed Dirty Frigs while pursuing undergraduate degrees in Montreal, the now Toronto-based abrasive-pop/ noisy-grunge outfit has dropped the “Dirty,” gone through different rhythm sections and experimented with a host of styles before zeroing in on sounds inspired by PJ Harvey, Sonic Youth, the Breeders and Sebadoh on 2016’s Slush EP and debut full-length Basic Behaviour.

For Salmena and Jennings, the upheaval was necessary: Montreal is a tough slog if you’re not somewhat bilingual, their previous moniker felt uncomfortable to them, band members came and went, and it wasn’t until they wrote (as Dirty Frigs) an older song called “Swampy” that Frigs found directive and direction.

“We took a really long time to figure out what kind of music we wanted to make,” says Salmena. “We came from different backgrounds and were trying new things. We’ve always fallen into the alternative-rock frame, but we experimented with a lot of different genres, which isn’t necessarily a bad thing. We wanted to dip our feet in a lot of places and see what we could take from that. Years later, it’s resulted in this record.”

This trial-and-error approach and ongoing transformative air haven’t abated despite Frigs’ growing popularity and their inking a deal with popular Canadian label/management company/publisher/merchandiser Arts & Crafts. Basic Behaviour was recorded over a 16-month period at different locations, including a makeshift home studio where early sessions and the record’s first half were captured. And the plan going forward is to not rest on their laurels or play things safely.

“Our new stuff keeps evolving because now we’re not afraid to veer off into weird places,” says Salmena. “I think it’s uninteresting when there’s no real musical growth or when every record sounds the same. You want people to rely on a certain sound, but you want to make it special and stand out as something that only this band could’ve written.”

UNDER THE INFLUENCE WITH BRIA SALMENA 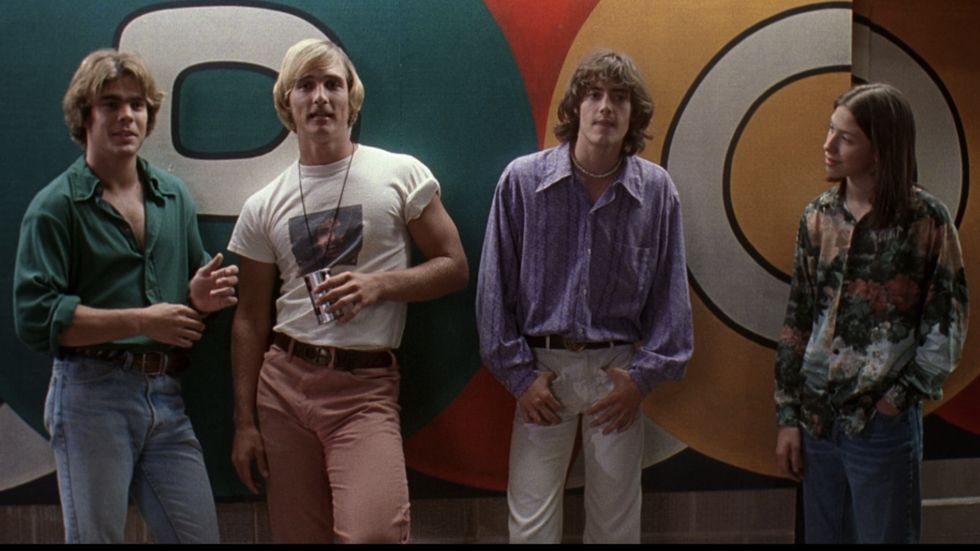 Dazed And Confused
“I rewatched it the other night, and it’s very problematic, incredibly sexist and very fucked up, but it was a turning point in my adolescence for understanding ’70s culture and music. Despite the movie’s problems, there is a sense of nostalgia for 14-year-old me.”

Human Touch
“Duncan has been really inspired by this record. It’s been on repeat at his place for a while.”

Tinsel
“I discovered I had a bag of silver tinsel in my closet left over from an old Frigs show where we hung it everywhere, and now my office/studio room is covered in tinsel. It’s gaudy and stupid, but fun and I love it.”