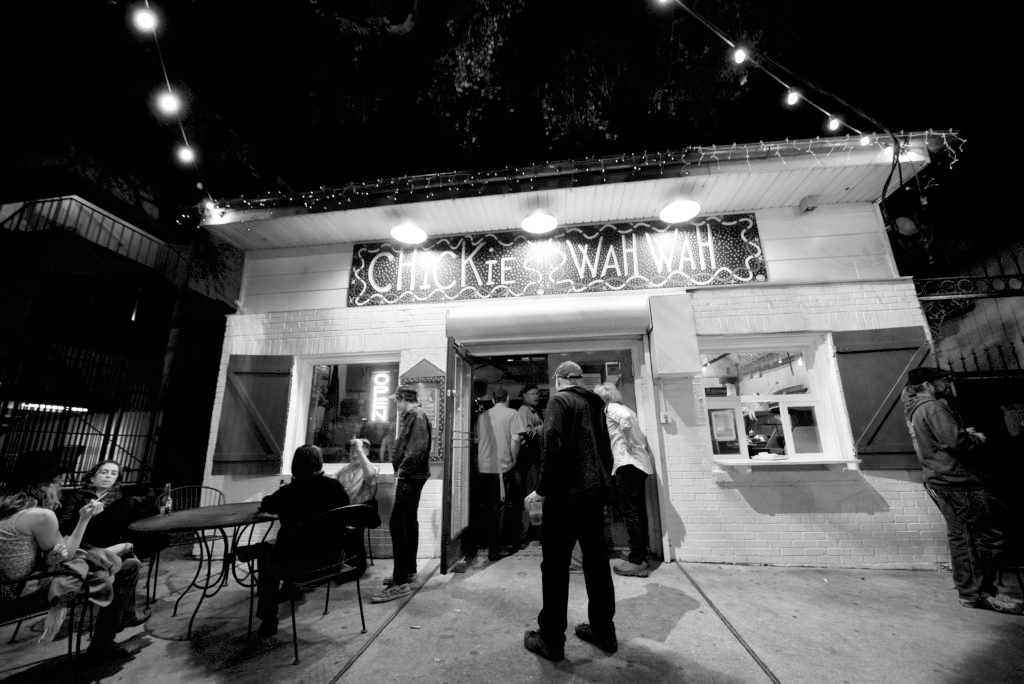 Holsapple: I wish Chickie Wah Wah had been around when I lived in New Orleans. It’s a superb experience playing there in a city full of superb musical experiences. What makes it special? I think that the key difference here is that the audience is first and foremost there to hear and listen to the musicians, rather than pour themselves a raucous good time. There are plenty of places you can do that in New Orleans or New Hampshire or just about anywhere. But find a good listening room, especially one with a well-matched sound system, and both player and listener are satisfied with what they hear.

I’ve played there solo and with the Continental Drifters, and I will say that the stage is not quite as comfortable for a six-piece band (I was basically beneath Russ’ cymbal); but everyone heard everyone else onstage, and in the audience, they liked what they heard—and that’s really the desired result.

I mean absolutely no disrespect to any of the other venues in the Crescent City, ones I’ve played at and others. I just think that Chickie Wah Wah is a rare and beautiful thing in a music city like New Orleans, and that natives and visitors alike can “pass” a good musical time there just digging who’s onstage and not feeling the competitive and exponential drinking/loudness urge. (I’m pretty sure they invite you out if you misbehave like that; their commitment to the musicians’ time there is remarkable.)

Next time, I’m bringing the trio!