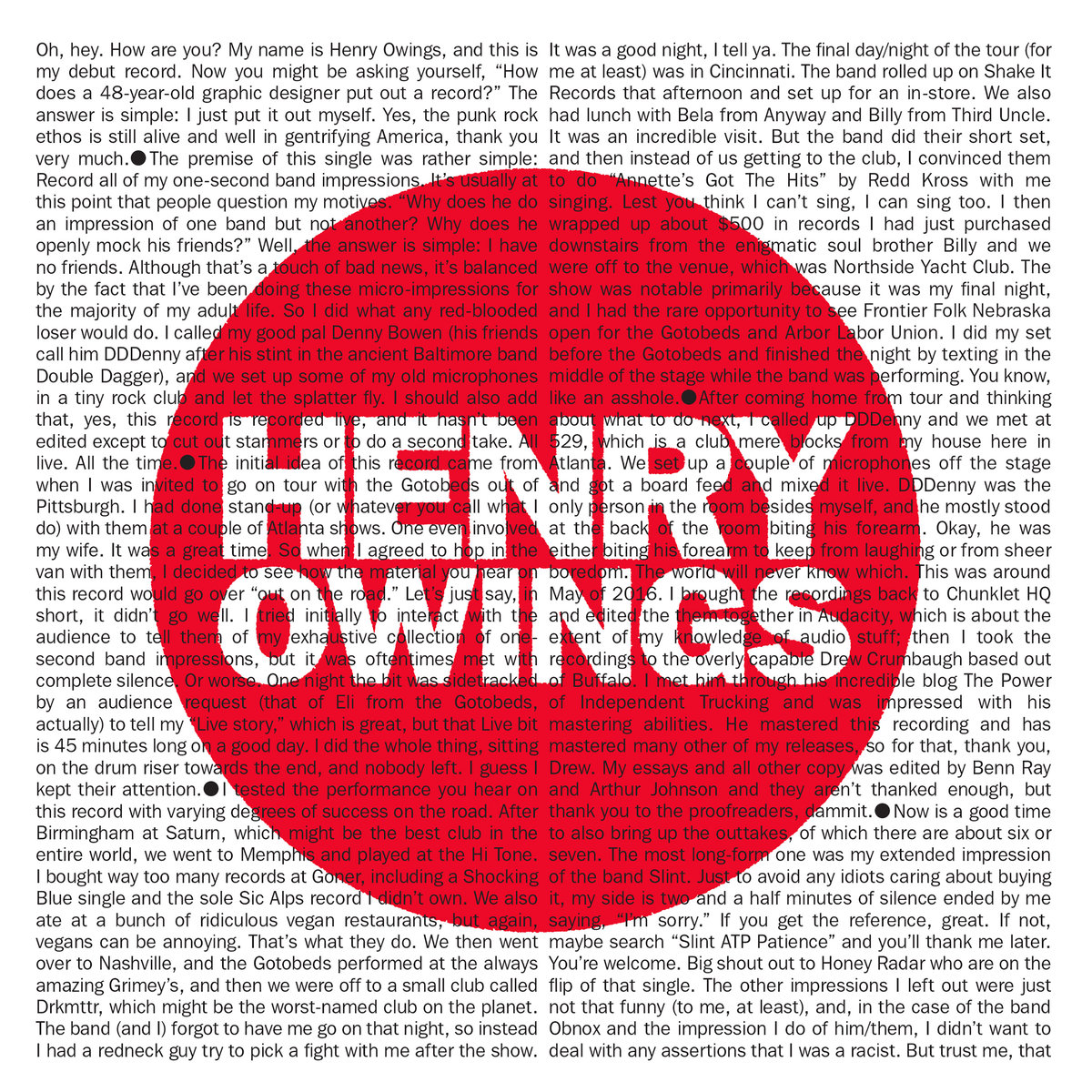 Holsapple: Over the past few years, I’ve made the acquaintance of one Henry Owings, graphic designer and general entertainment maven/wildman who’s the proprietor of Chunklet Industries. Henry’s the kind of guy you can have a conversation with and realize that you’ve been talking with him for four hours straight. He is incredibly well-informed and a creative whirlwind.

You’ve seen his sleeves for records by Charlie Patton, Captain Beefheart And The Magic Band, Patton Oswald and Lewis Black; his newest and best-known items are, however, T-shirts that feature the alluring sentiment “We’re All In This Together. Except You. You’re A Dick.” and an attractive button with Robert Mueller’s face looking inquiringly at you. Henry has big brains, and he’s got a wonderful sense of humor (he’s also a recording artist with a fascinating single, “Micro Impressions Volume 1”).

If you don’t know his fine works, do look them over at his website and order a few gross of Mueller buttons for your close friends.