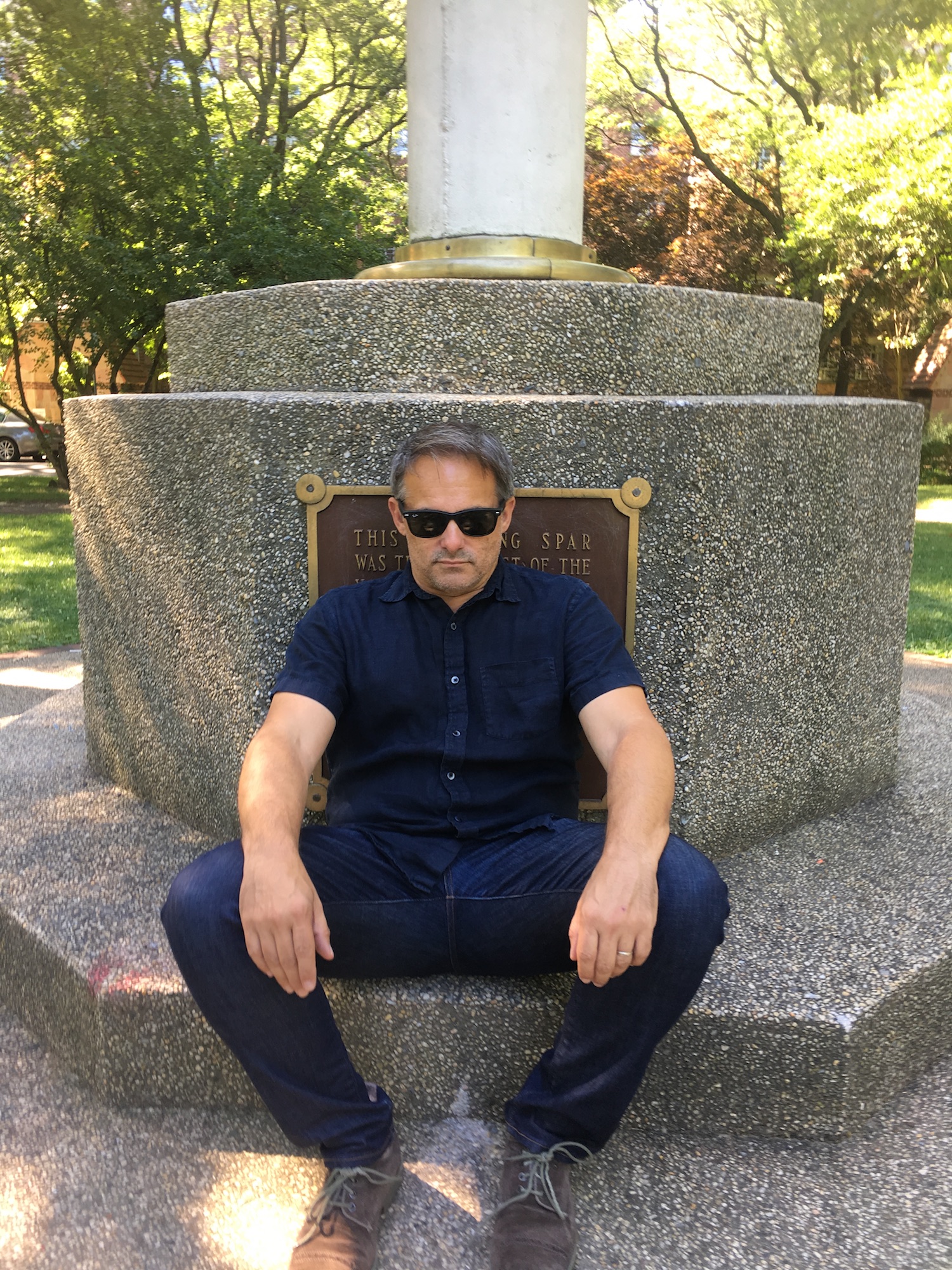 It’s no surprise that Nick Hornby’s 2009 novel Juliet, Naked was turned into a movie. After all, his High Fidelity, About Boy and Fever Pitch have all ended up getting the big-time, big-screen treatment. But the esteemed Mr. Hornby probably never imagined while writing Juliet, Naked that it would be turned into an album.

Enter Perry Serpa, main man of the vastly underrated, long-running Sharp Things and a music-biz lifer (one of the good ones, incidentally). Serpa read the novel, which mentions—in classic Hornbian detail—a 10-track album by the central character, singer/songwriter Tucker Crowe. Serpa, for some reason, could not let this LP remain only on the pages of the book. So he decided to create the album himself.

The result of Serpa’s obsession is Wherefore Art Thou? Songs Inspired By Nick Hornby’s Juliet, Naked, out digitally October 5 via Schoolkids (in the U.K. via Shifty Disco, which will release it on CD a month later). Obviously with the LP, Serpa has taken the concept of “music nerd” to a whole new level, but he ups the ante by bringing together a geek squad of fellow musicians, friends and family members to help him out: Scott McCaughey (Minus 5, R.E.M., Baseball Project, et al), Laura Cantrell, Aja Warren, Edward Rogers and Don Piper, Aidan Serpa (Perry’s guitar-prodigy son) and more.

Though these contributors add some diversity to the musical proceedings, what’s most impressive about Wherefore Art Thou? is that it’s mostly Serpa by his lonesome, creating not only a great album but also one that holds its own with its source material. In lesser hands, this concept could’ve easily been a disaster on par with one of Rob Fleming’s breakups.

Even Hornby is impressed. “I love every song, words and music,” he says. “I’m happy to think that my book has somehow produced work this good. It works completely on its own terms—and sounds complete in a way that very few albums do anymore.”

Wherefore Art Thou?‘s latest single “In Too Deep” is an instantly catchy, mature, mid-tempo rocker (complete with killer yacht-rock sax courtesy of John “The Mogul” Barron) that deserves to wind up on its own romcom soundtrack someday. Says Serba of the track, “The lyrics deeply over-dramatize the buckling of a relationship—in this case, the novel’s protagonist/anti-hero Tucker Crowe’s, with his married muse. But it’s something we can all relate to: that sinking feeling. Many of the references are literal and are handed to us by Hornby, although this is not one of the handful of album tracks from which I snagged one of his couplets. It’s all my doing, logistically, but with in terms of inspiration, it’s all his.”

We’re proud to premiere “In Too Deep” today on magnetmagazine.com. Check it out now. And be sure to buy Wherefore Art Thou? when it comes out. Not only is it a stellar album, a portion of the proceeds will go to Ambitious About Autism, a U.K. national charity co-founded by Hornby for children and young people with autism.