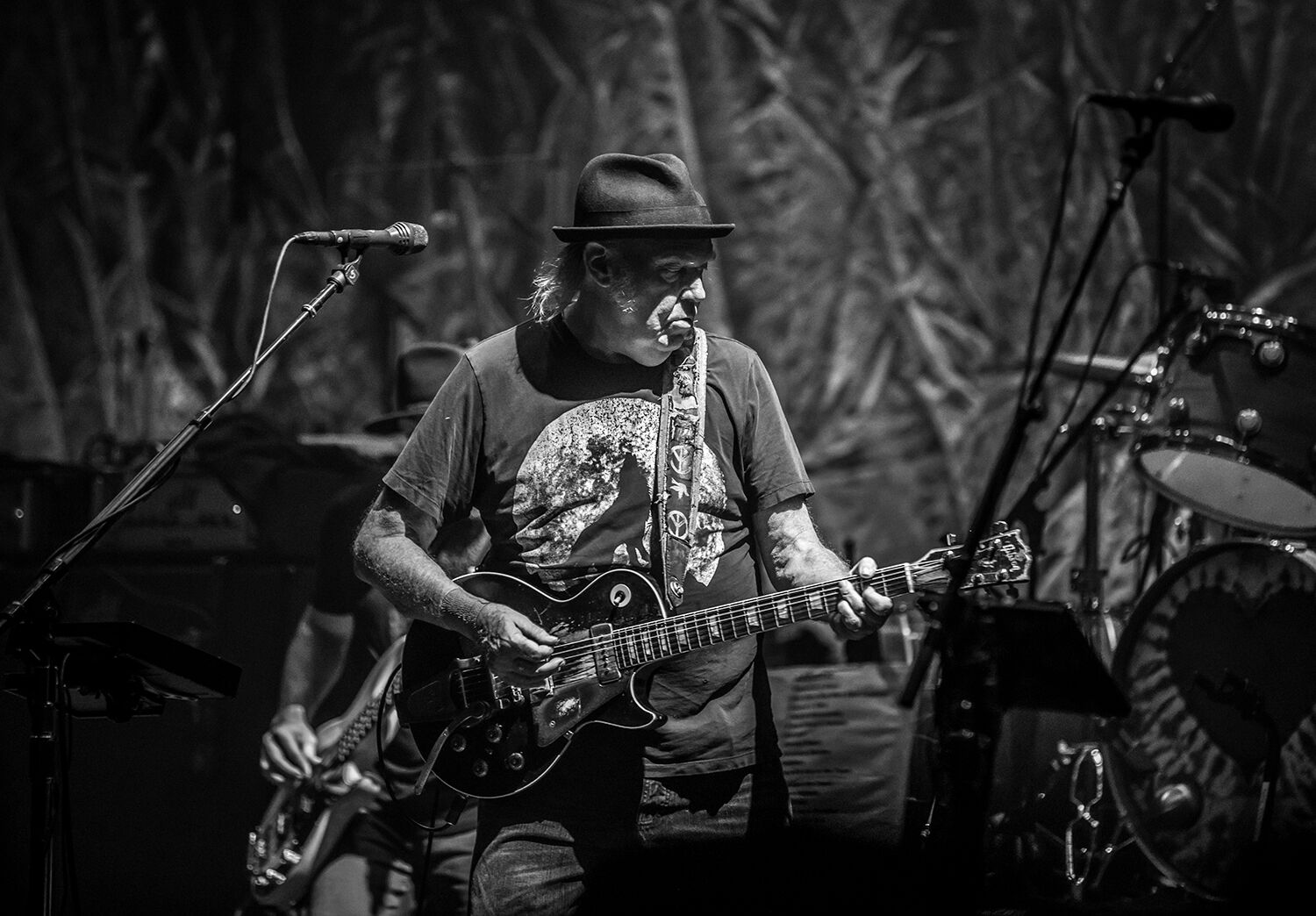 Neil Young’s opening show at Port Chester’s Capitol Theater was clearly one for the fans. Fresh from playing both Farm Aid on Saturday and Willie Nelson’s Outlaw Music Festival on Sunday, Neil Young + Promise Of The Real have put two consecutive evenings aside at this historic hall with its intimate, 1,800-person capacity. From the outset, it was clear that Neil + The Real were going to be digging deep into Young’s treasured catalog, leaping across the decades and playing something for everyone.

Opening with a long, rumbling version of “Like An Inca” from 1982’s Trans followed by the acoustic treat of “Tell Me Why” from 1970’s After The Gold Rush, Young appeared eager and energized, pushing his (young) band—featuring Willie Nelson’s son Lukas on guitar—in a number of different directions.

It was a nostalgic, romantic set at times, with familiar songs like “Heart Of Gold” and “Lotta Love” presented in authentic, sing-along fashion. A sprawling version of “Words (Between The Lines Of Age)” had the veteran audience grooving in approval, as did a revival of treasured nugget “Winterlong” followed by other old classics like “Unknown Legend” and “Harvest Moon.”

Rekindling memories of Crazy Horse, the band then poured out a heaping helping of crunching rock ‘n’ roll with “Fuckin’ Up” followed by “Cortez The Killer” and a buoyant, celebratory “Cinnamon Girl.” Stretching out inevitable closer “Rockin’ In The Free World” to outrageous proportions, Neil + Promise Of The Real showed they could still add something new to the familiar standby.

All in all, Young was in great voice for the entire evening and played remarkably well, extending the unique guitar vocabulary he has been refining for decades. For the encore, he gave the crowd one more blast from the past with doper anthem “Roll Another Number” from 1975’s Tonight’s The Night. 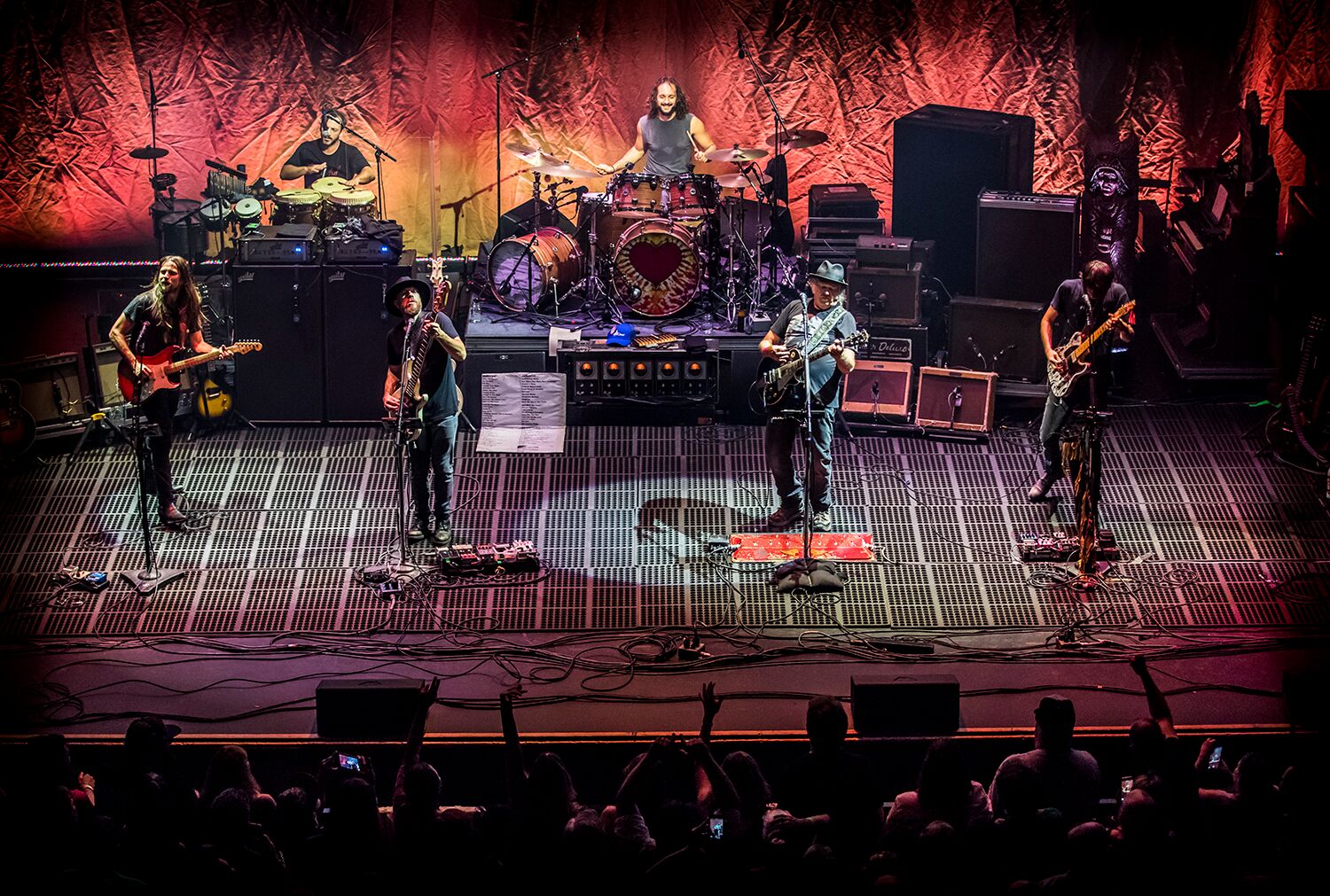 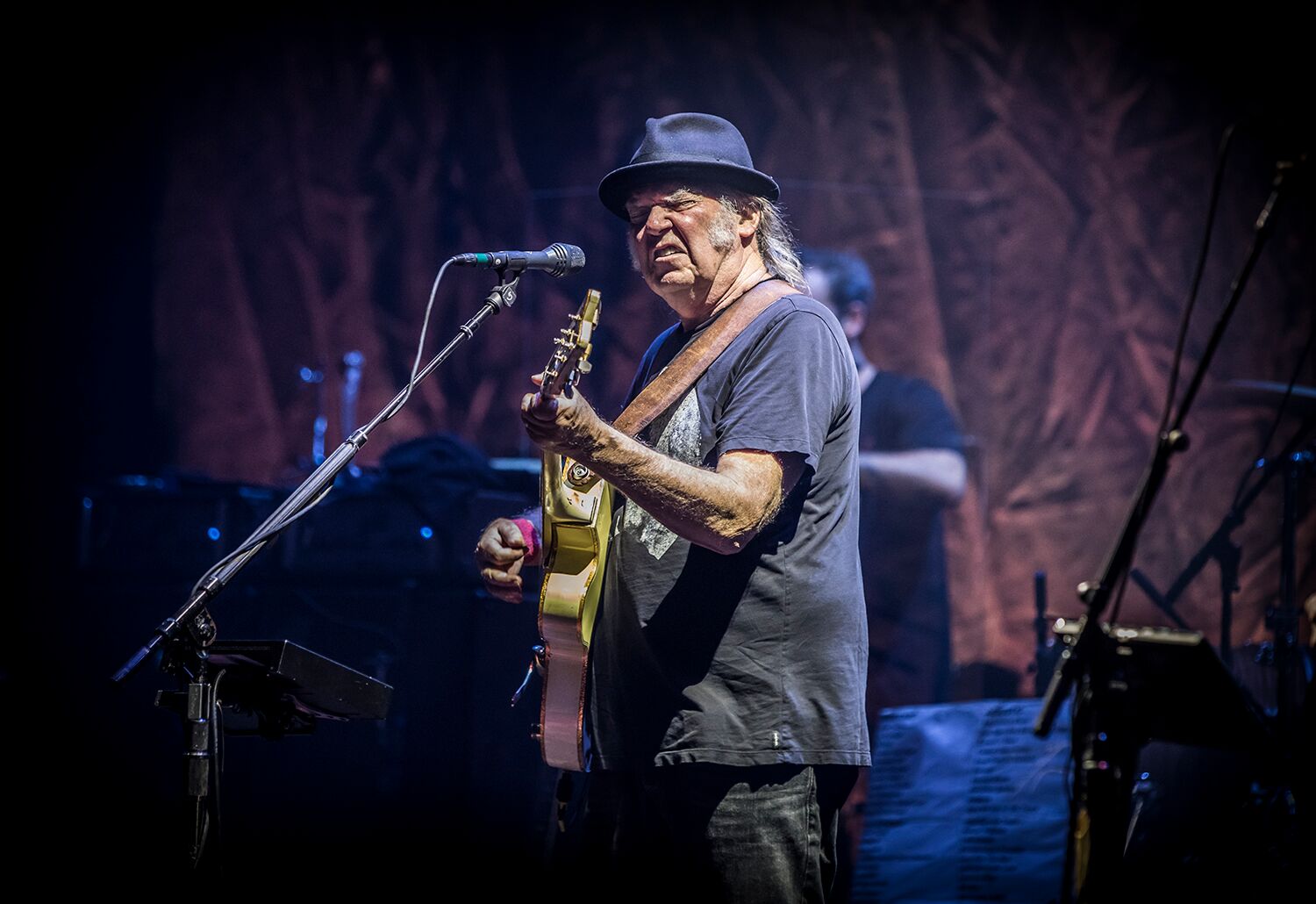 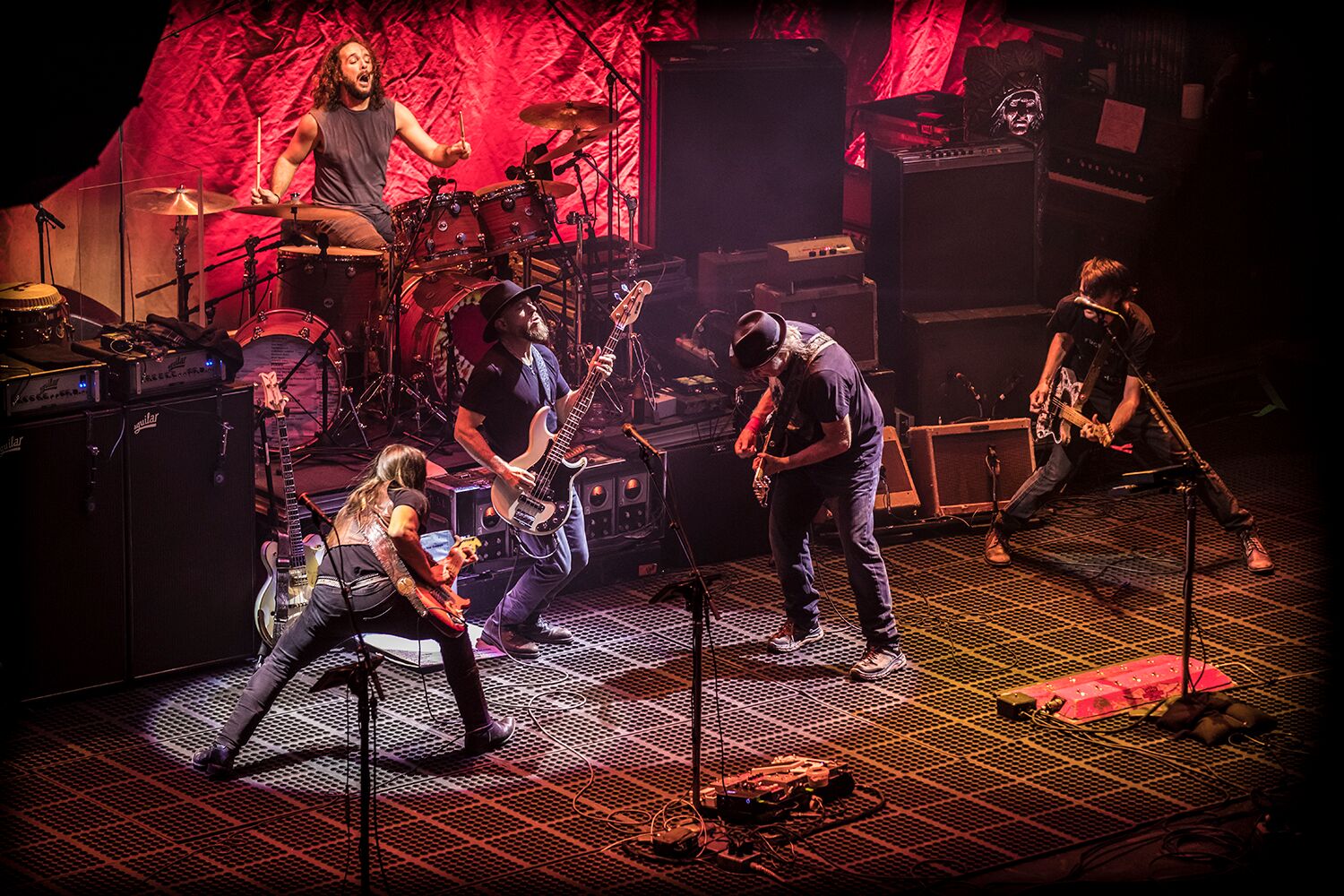 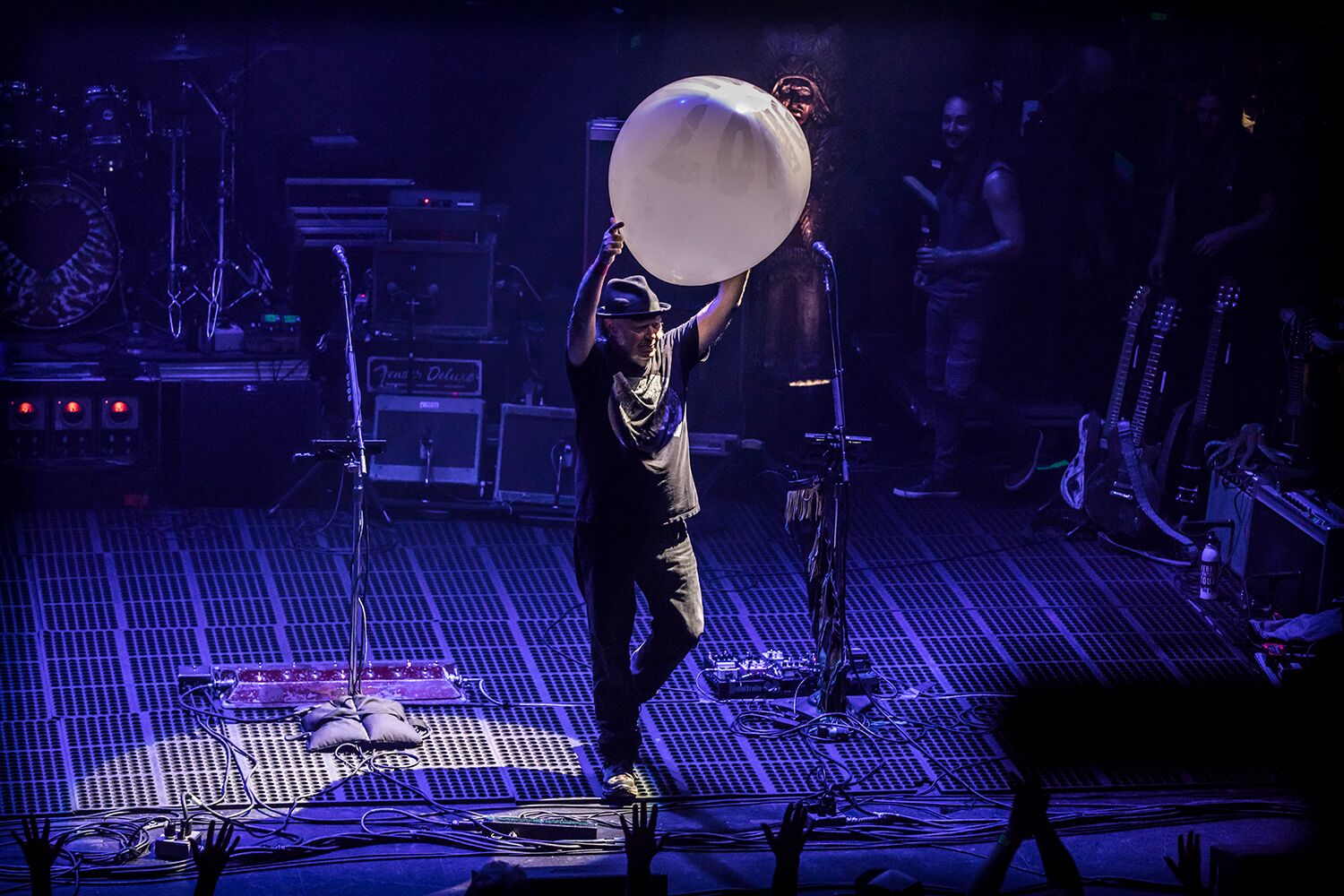 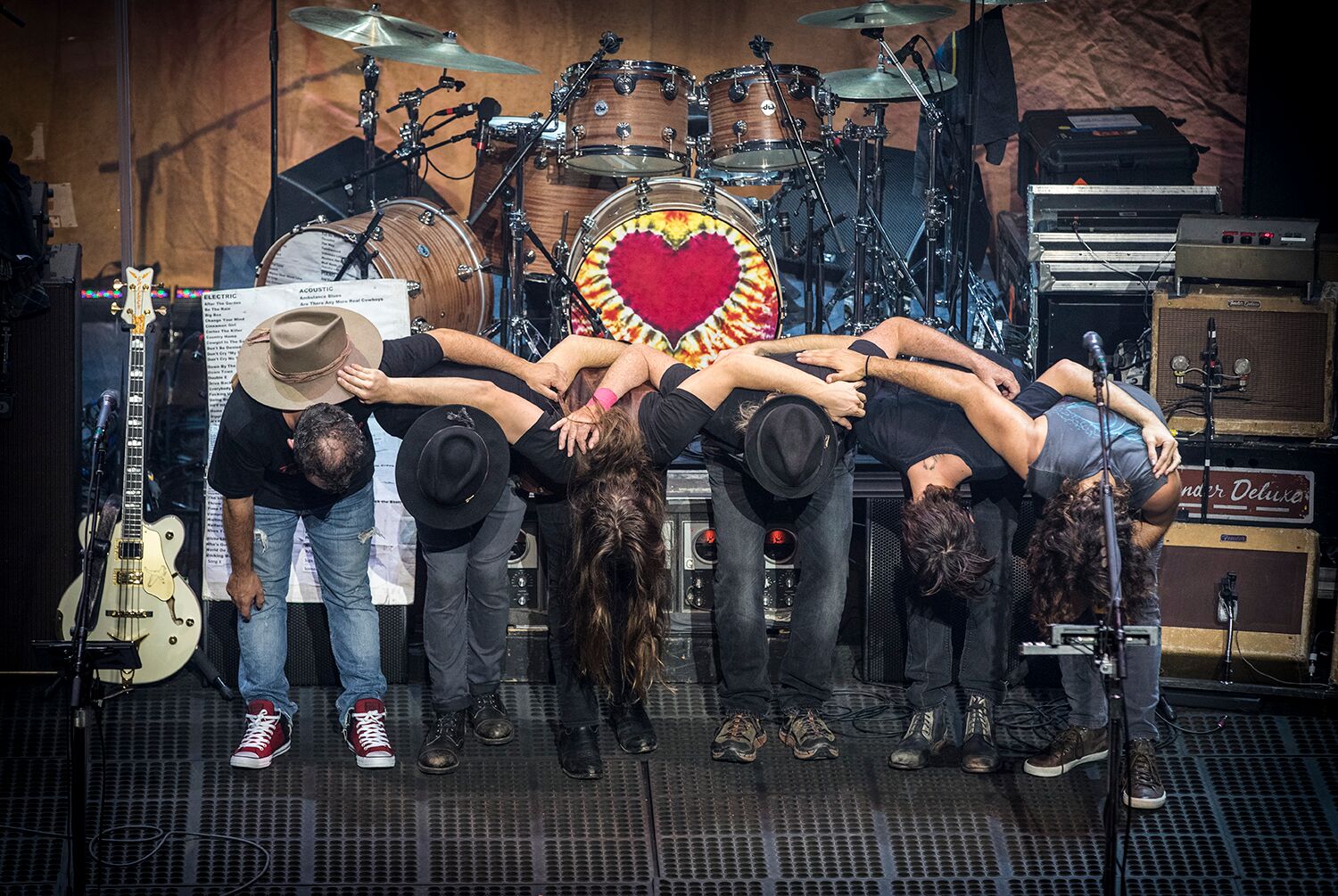 Encore
Roll Another Number (For The Road) 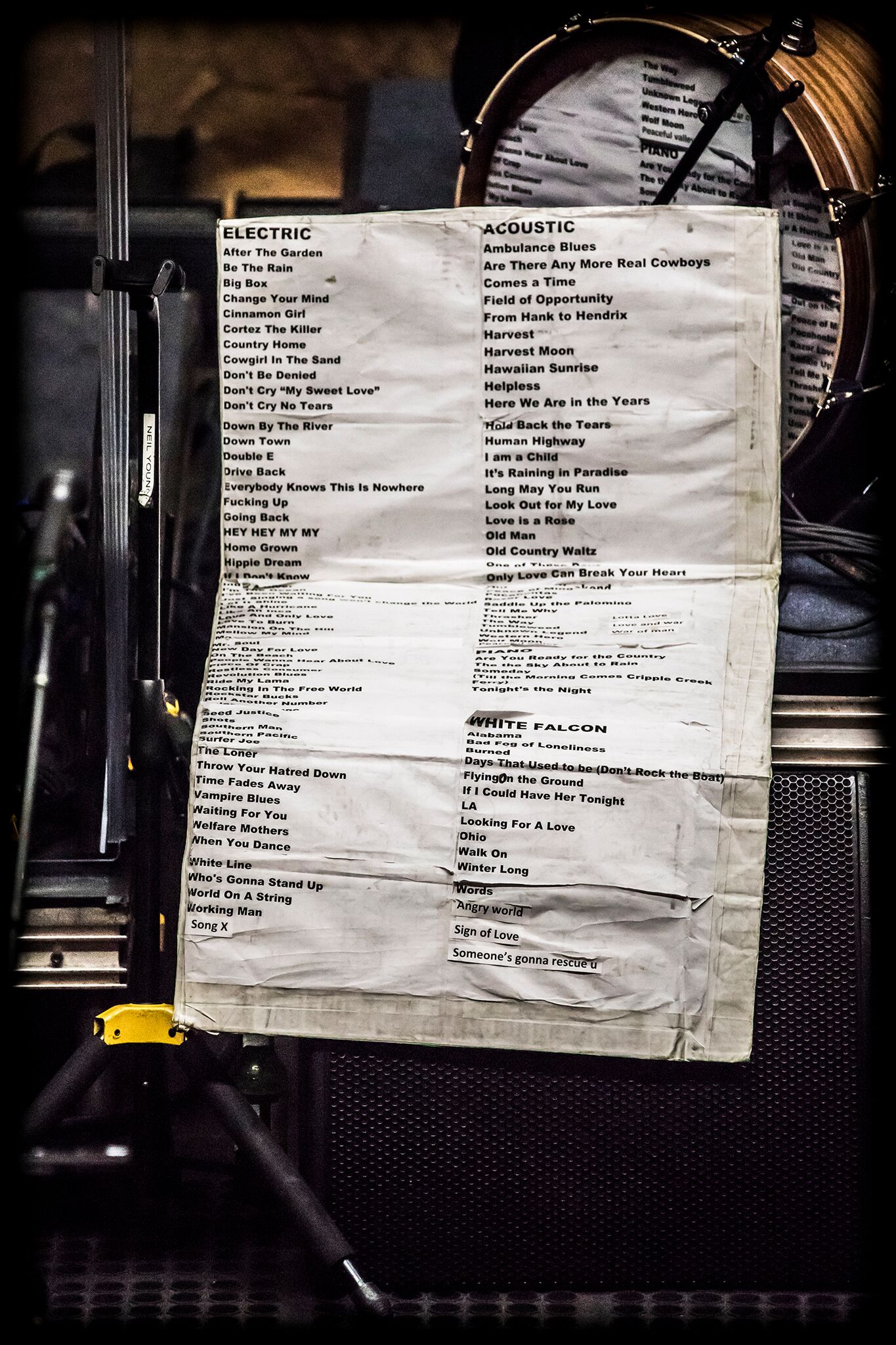