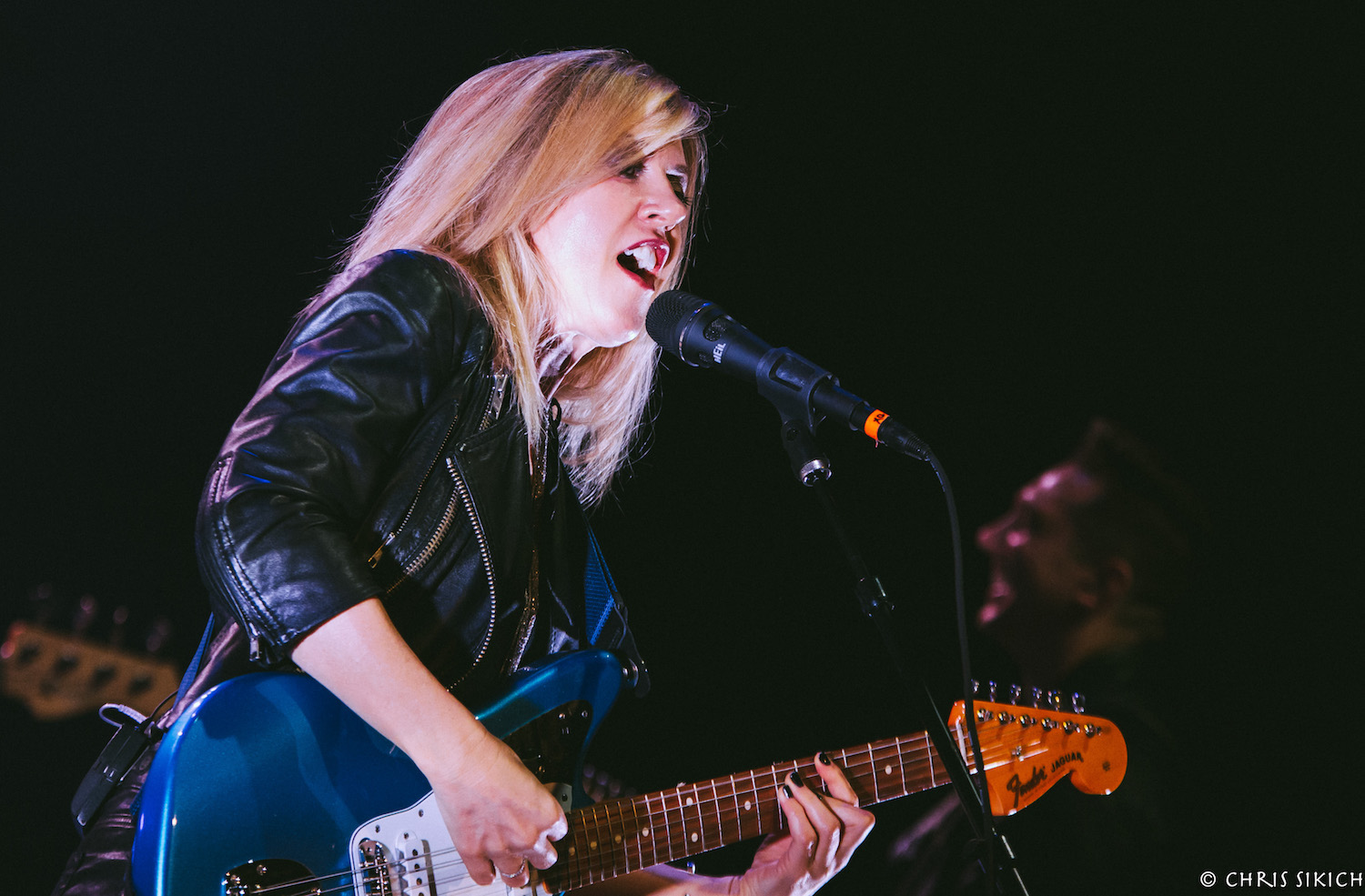 With half the crowd in a state of despair and/or fury over Brett Kavanaugh’s impending confirmation to the Supreme Court on Friday, Liz Phair avoided addressing the headlines head-on at her sold-out Union Transfer show. But she didn’t have to. In a set dominated by songs from 1993 masterpiece Exile In Guyville, Phair spoke volumes. You could almost pick a line at random and find the secret thoughts of any woman who’s been sucked into the orbit of those kind of men.

Take “Help Me Mary,” where Phair paints a scene that’s familiar to any underestimated, overachieving girl: “I lock my door at night/I keep my mouth shut tight/I practice all my moves/I memorize their stupid rules.” As any longtime fan knows, it’s the origin story of the young artist steeling herself to succeed in the male-dominated Chicago music scene of the early ’90s, but it’s just as applicable to suburban teens trying to stay safe in the Reagan years and contemporary corporate climbers who couldn’t lean in any harder without breaking something. 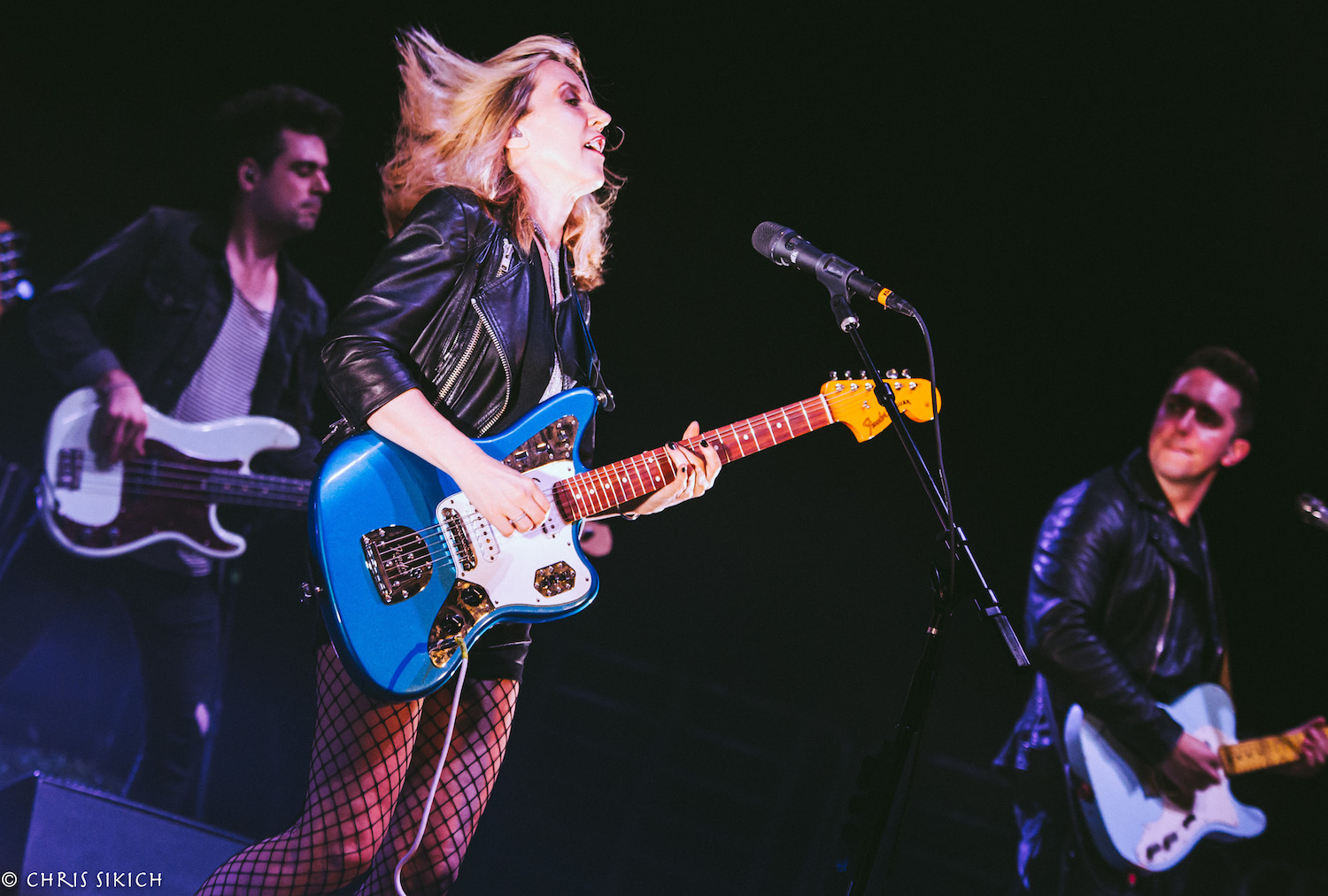 If the lyrics of Guyville have held up all too well, the music proved equally timely. (Just ask Sadie Dupuis, whose band Speedy Ortiz opened the show with a tight set of hooky, pointed tunes that are deeply indebted to Phair both in craft and content.) Phair was in control at all times, smoothly bouncing between cocky (“6’1″”), sunny (whitechocolatespaceegg’s “Polyester Bride”) and transcendent (“Stratford-On-Guy”), with an impressive number of guitars in her rotation and solid-yet-inconspicuous support from mostly anonymous sidemen keeping the focus on her. (Cody Perrin’s Stones-y lick on “Mesmerizing” was a pleasant exception.)

While it wasn’t hard to read the room, it helped to hear so many songs that assured we weren’t alone in feeling this way. Indeed, despair and/or fury couldn’t keep the crowd from clapping throughout “Never Said” or from endorsing the enthusiastic consent at the center of Whip-Smart’s “Supernova” by shouting along. 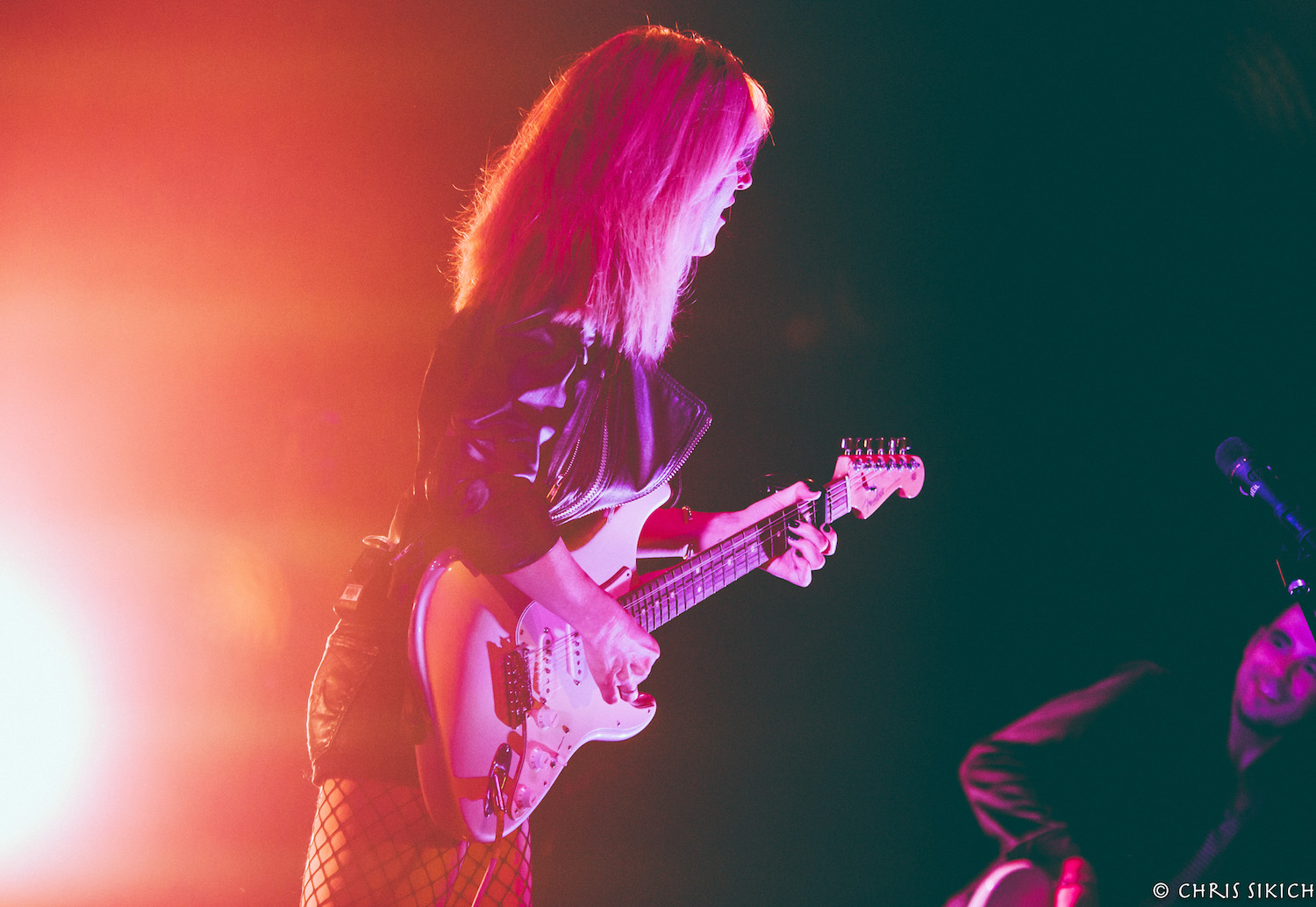 Though Phair marked the 25th anniversary of her debut LP earlier this year with the Girly-Sound To Guyville boxed set and a smattering of shows that drew from her pre-Guyville juvenilia, her only nod to that much fetishized early material was a stripped-down “Go West” that owed more to the ’91 bedroom demo than the fleshed-out version incarnation that appeared three years later on Whip-Smart.

Phair paid even less heed to her more recent past, playing just four songs from this century. She completely ignored her last studio album, 2010’s Funstyle, and hauled out her acoustic guitar for “The Game,” a twangy, glossy—in her word, “adult-y”—number that may or may not make her next release, whenever that might be. Best of all, her bravado was infectious on “Extraordinary” and “Why Can’t I?”—the back-to-back pop singles from 2003’s polarizing Liz Phair that ended the main set on a fist-pumping high. 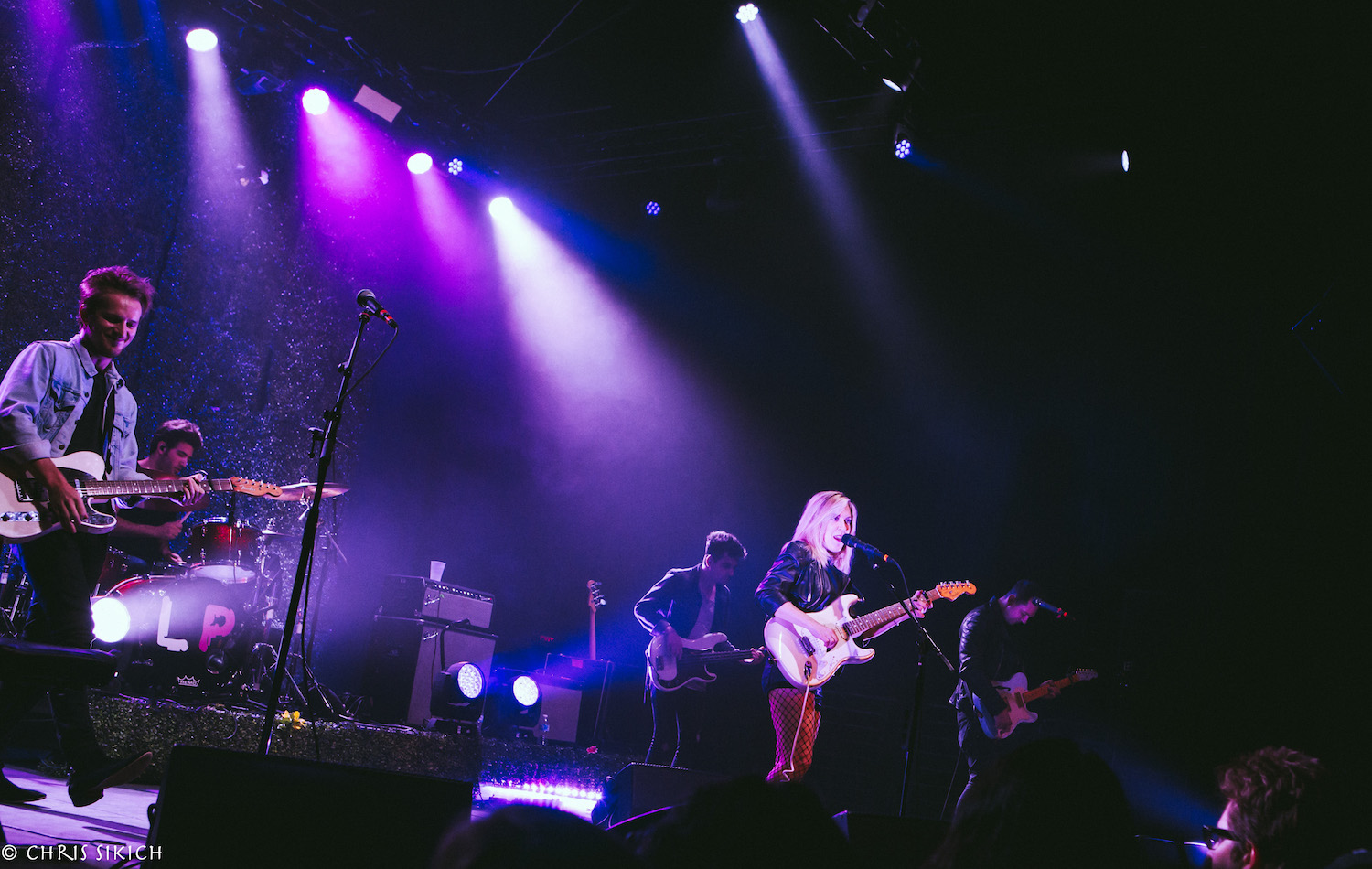 Of course, the show wasn’t really over until the double-downer encore of “Fuck And Run” and “Divorce Song.” But even in their brutal honesty and resignation, they fizzed with hard-won triumph in the way one woman turned her despair and fury into art that continues to resonate with listeners a quarter-century on and inspires a legion of younger women to create their own mythologies and make their own messy masterpieces.

It helped, too, that Speedy Ortiz’s Dupuis was willing to speak plainly, letting a heckler’s shouted protest (“This is not a political concert”) prove her point. Between frank songs about flirting (“The Graduates”), harassment (“Villain”) and not drinking (“Ginger”), she took on centrist Democrats; rejoiced at having received her absentee ballot earlier in the day; urged everyone to believe women and to vote; led the crowd in a mass scream at the injustice; and promoted Making Spaces Safer, a pocket guide to stopping harassment that the band has given to each venue on the tour. (Proceeds from the name-your-price download of Speedy Ortiz’s reverent cover of Phair outtake “Blood Keeper” go toward the effort.) 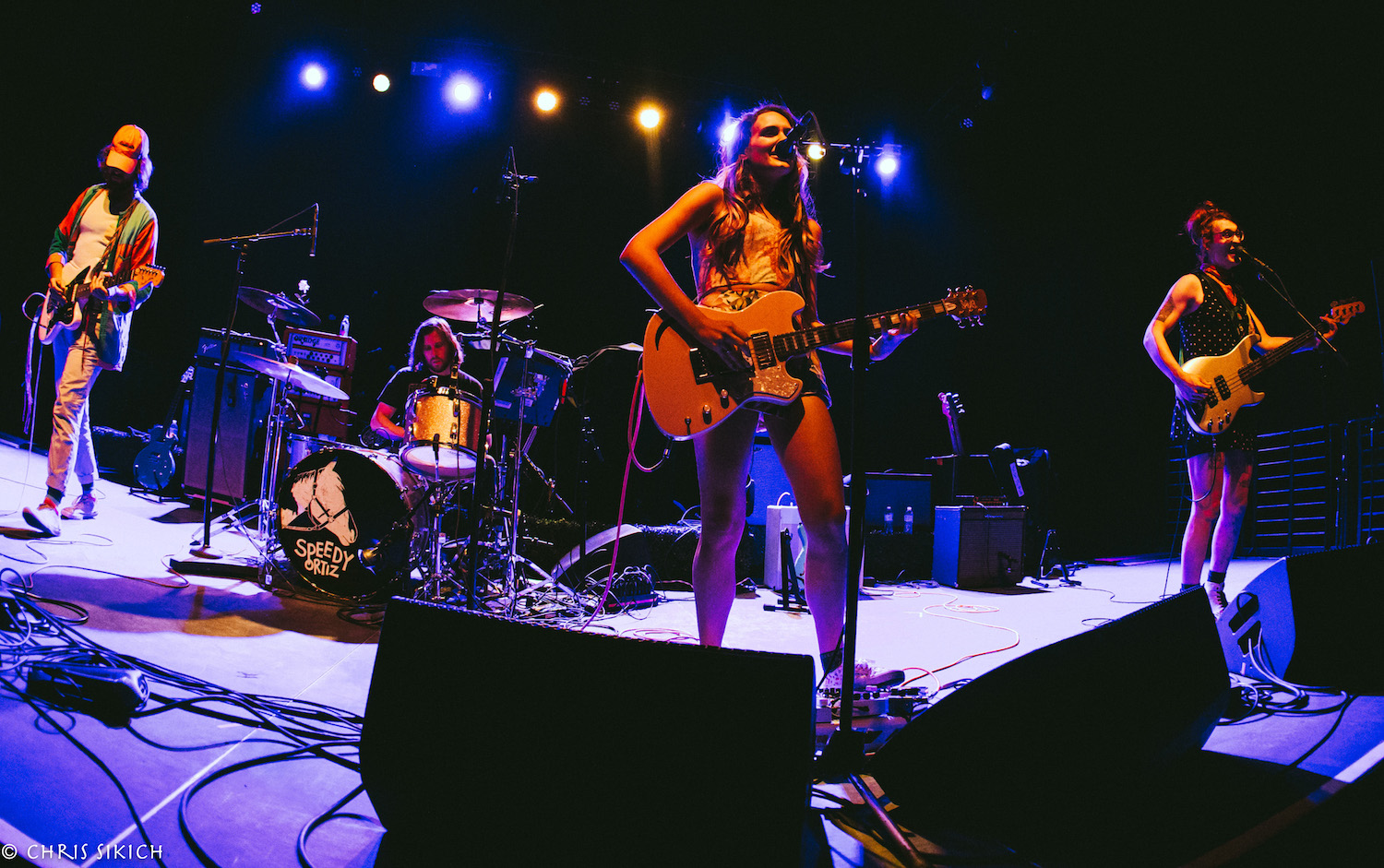 And though Gritty was a no-show despite Dupuis’ campaign for the Flyers mascot to join Speedy Ortiz at its hometown show, I can’t wait to hear how she transforms that disappointment into something you can dance to. 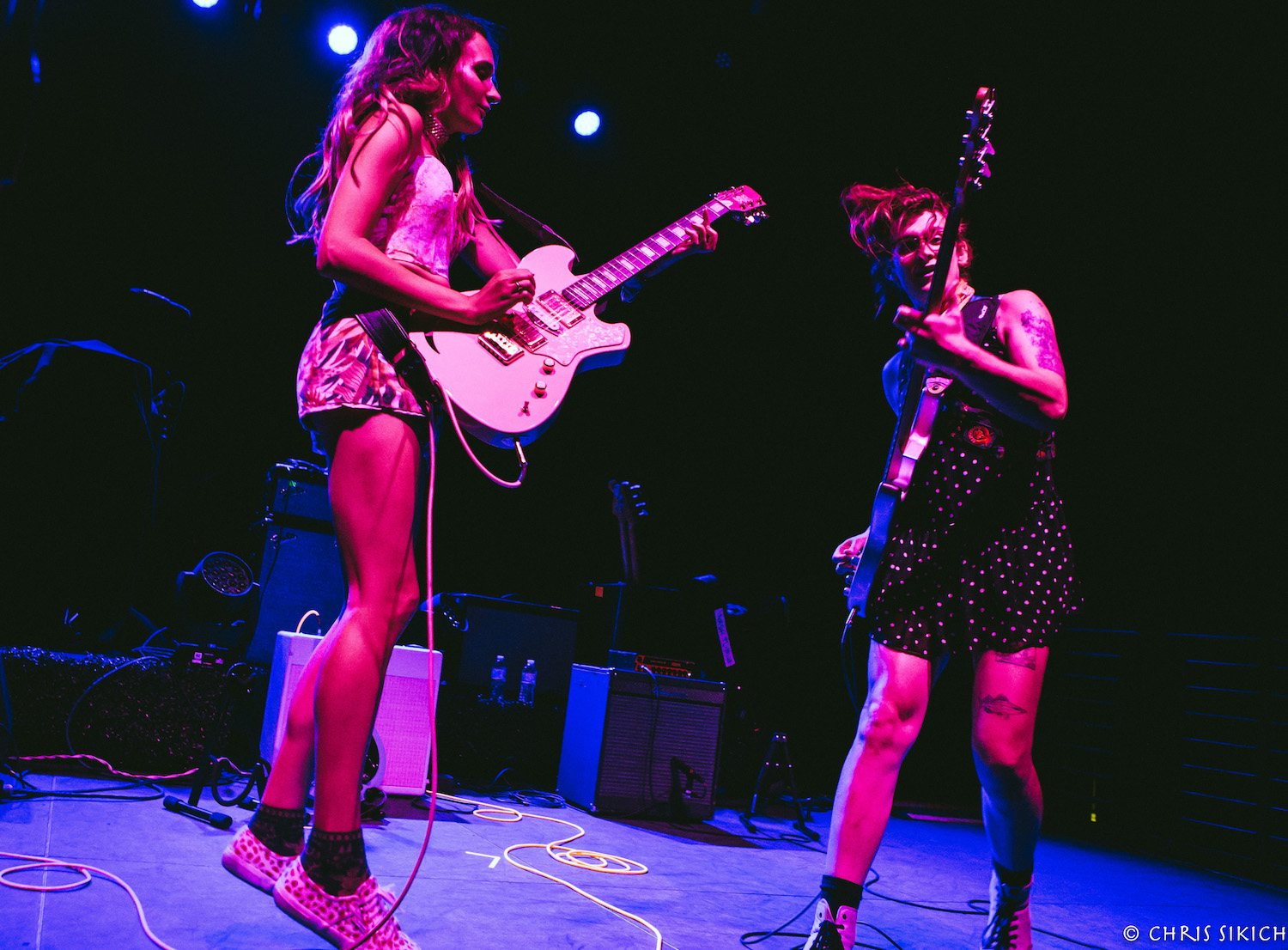