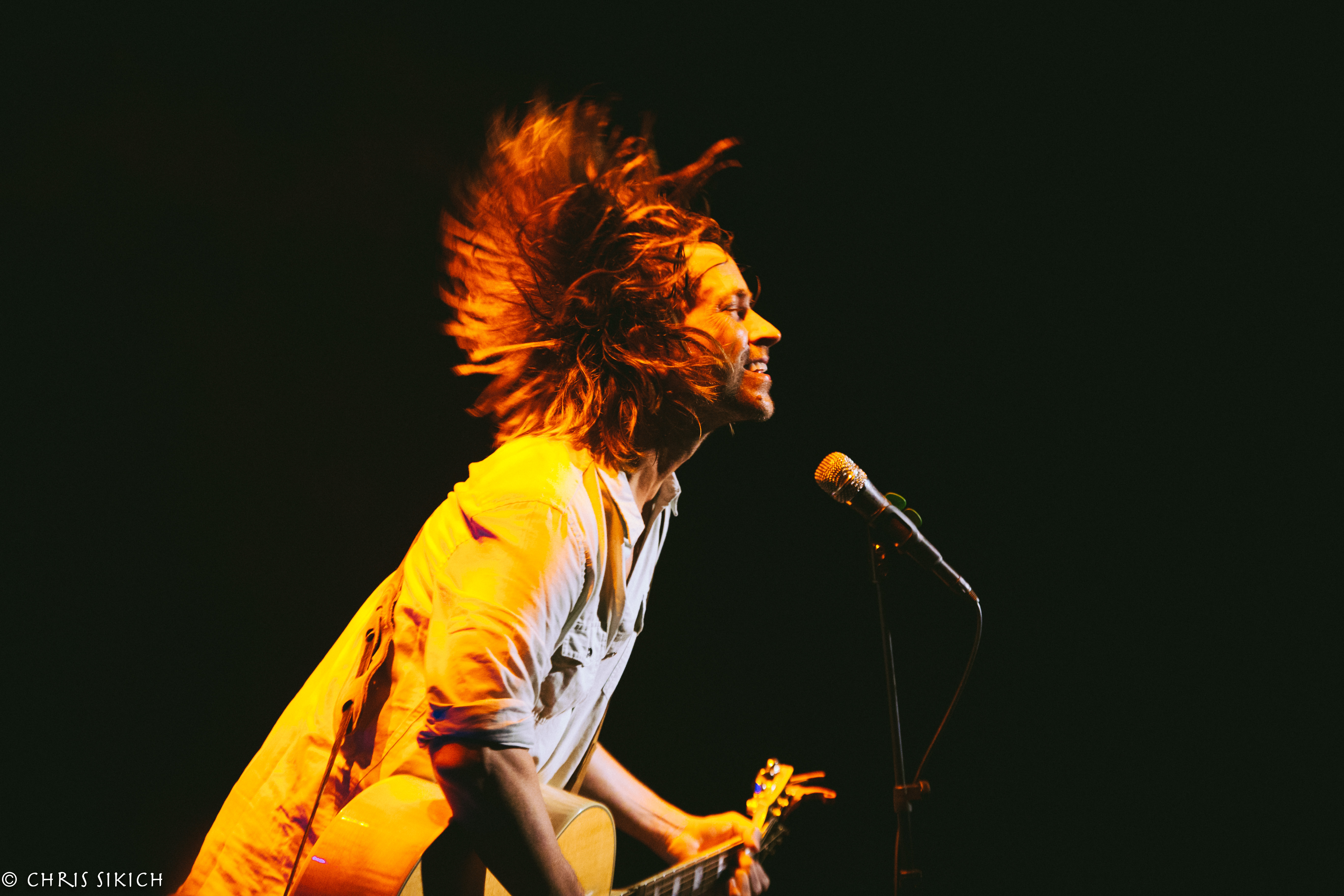 In the Old 97’s “Longer Than You’ve Been Alive,” a candid and kinetic recap of what the band’s been up to for the past 25 years that’s become a staple of their concerts and frontman Rhett Miller’s one-man, one-guitar shows, the singer admits the rock ‘n’ roll lifestyle is “both a blast and a bore.” At Ardmore Music Hall, Miller was in full-on blast mode, and even he seemed a bit surprised by the packed venue and the raucous enthusiasm of the crowd. 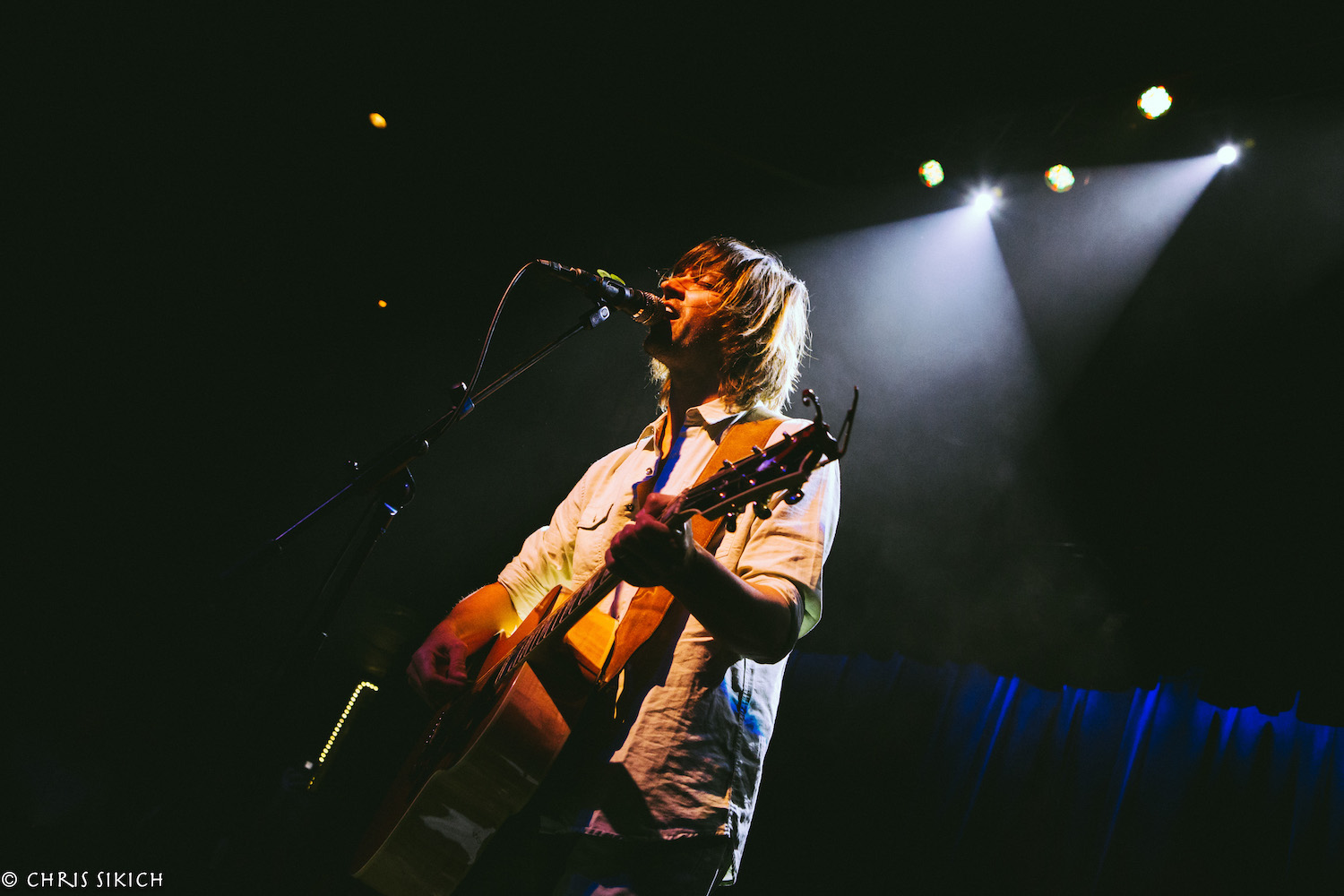 This is what Rhett Miller does: He rolls into town (on his own or with the 97’s), works up a sweat while racing through an ever-changing set of some of the hookiest, wordiest and most relatable tunes men have written since commercial radio stopped playing that sort of thing, breaks a string or three, shares a few self-deprecating stories and promises to come around again soon.

Just one thing was missing Saturday night: Miller didn’t break a single string, no matter how many times he busted out his signature windmill moves. Everything else was in place, not least the Rhett SweatTM, helped along by the bright lights and full room. 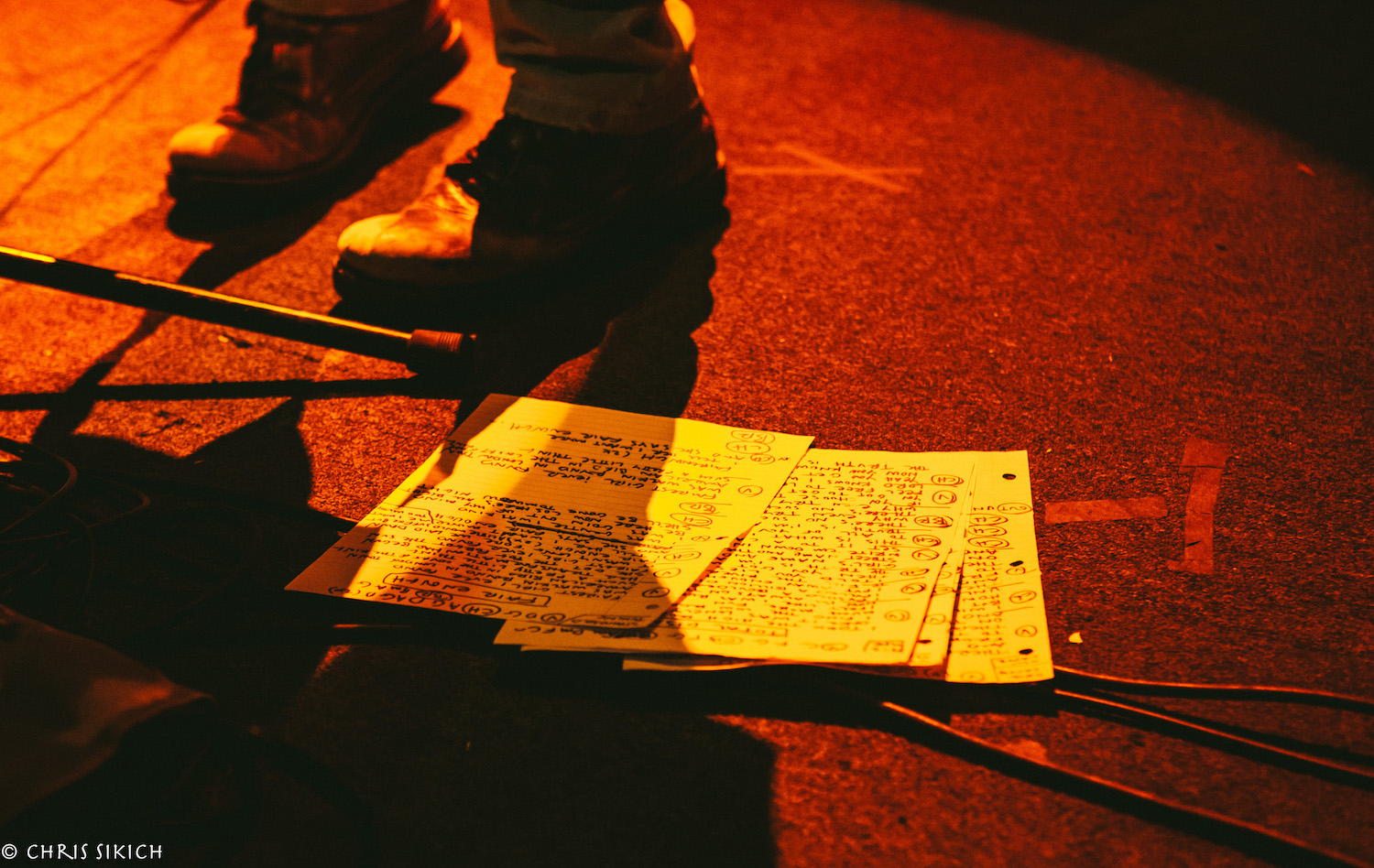 The 26-song setlist was a deliberate mix of introspective yearning and drunken come-ons, that sweet spot where Miller dredges up long-ago romantic failures to charm a following that’s already thoroughly besotted with him. Given the wealth of material at his disposal—11 Old 97’s records and six solo LPs, not counting the teenage debut he’s disavowed—he did an admirable job of giving the fans the staples they crave (“Barrier Reef,” “Big Brown Eyes,” “Salome” and “Time Bomb” all from the band’s excellent third album, 1997’s Too Far To Care), recent standouts (the mildly blasphemous “Jesus Loves You” and “Good With God,” from last year’s solid Graveyard Whistling) and deeper cuts that even he had forgotten (introducing “Ride,” one of two well-received pieces he rescued from 2008’s disappointing Blame It On Gravity; Miller mentioned that he’d been inspired to relearn it after Sirius’ Outlaw Country channel reminded him of its existence recently).

Better yet, of the eight tunes drawn from his solo albums, not one had surfaced during his show earlier this year at World Cafe Live. He paid particular attention to 2002’s The Instigator, with three songs (“Our Love,” “Come Around, “This Is What I Do”) that were among the evening’s biggest crowd-pleasers. So too, was his cover of Tom Petty’s “American Girl,” reprised from 2011 live covers record The Interpreter and a perfect fit for the encore. 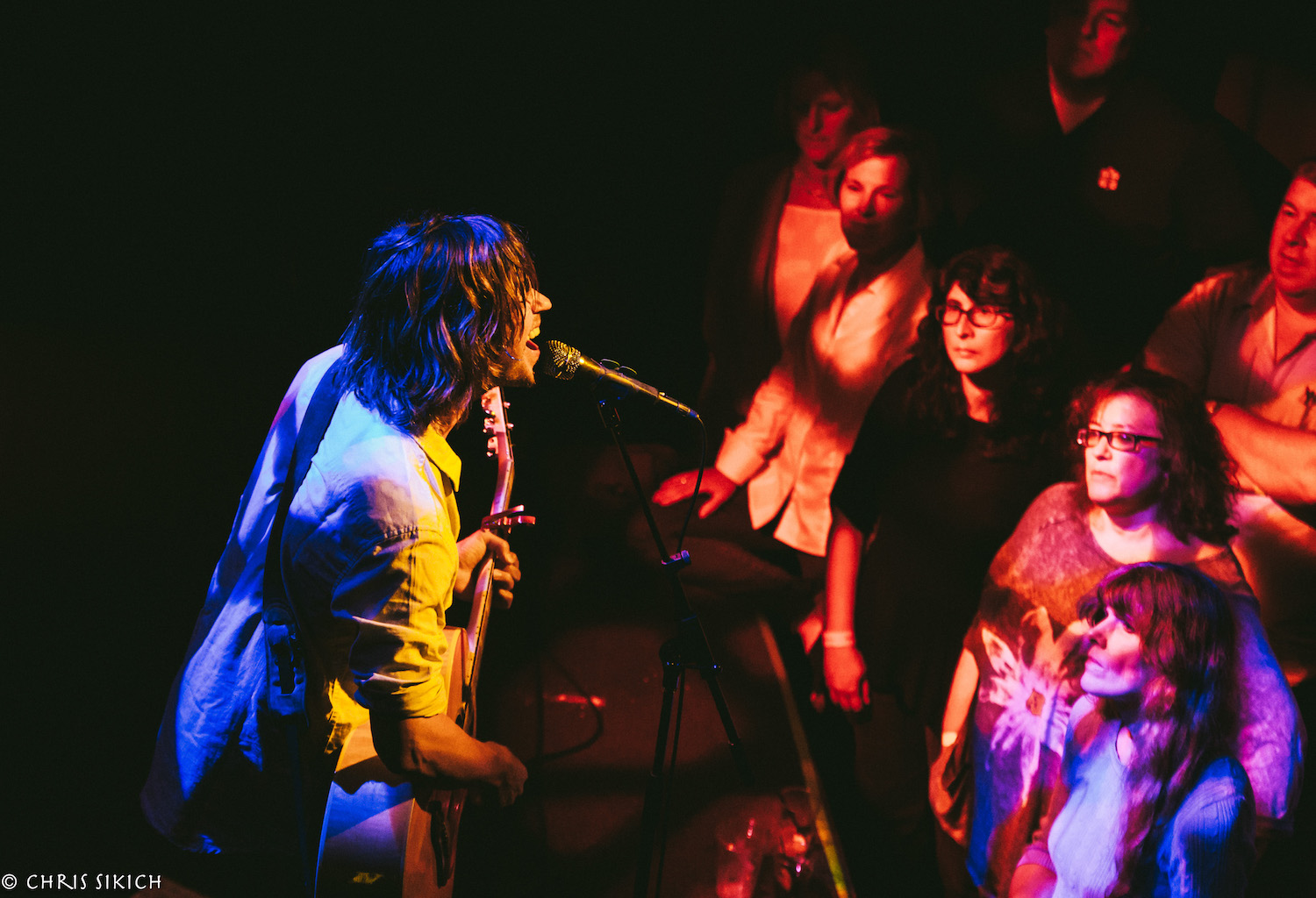 Speaking of looking back, having read a magazine article extolling the 25th anniversary of Uncle Tupelo’s Anodyne last week, Miller noted that the Old 97’s first time in a studio was at Cedar Creek, where they recorded their first demo the day after Uncle Tupelo made their final recording there. (“We might have stolen some of the mojo,” he joked.)

But Miller looked forward as well, playing one song apiece from his next solo outing, The Messenger (due November 9), and the Old 97’s forthcoming Christmas album, Love The Holidays (out November 16). For the former, “Total Disaster,” Miller glanced occasionally at his lyric sheet and proved yet again that no one has his number like he himself does: “Girl’s name and the color of her eyes/Street name and the phase of the moon/Write ’em down in a beat-up notebook/Set it to a catchy tune/This is what I do.” Can’t blame him; it’s a winning formula. He can sing that song forever, about a girl that he once knew, if he keeps doing it as well as he did Saturday in Ardmore. 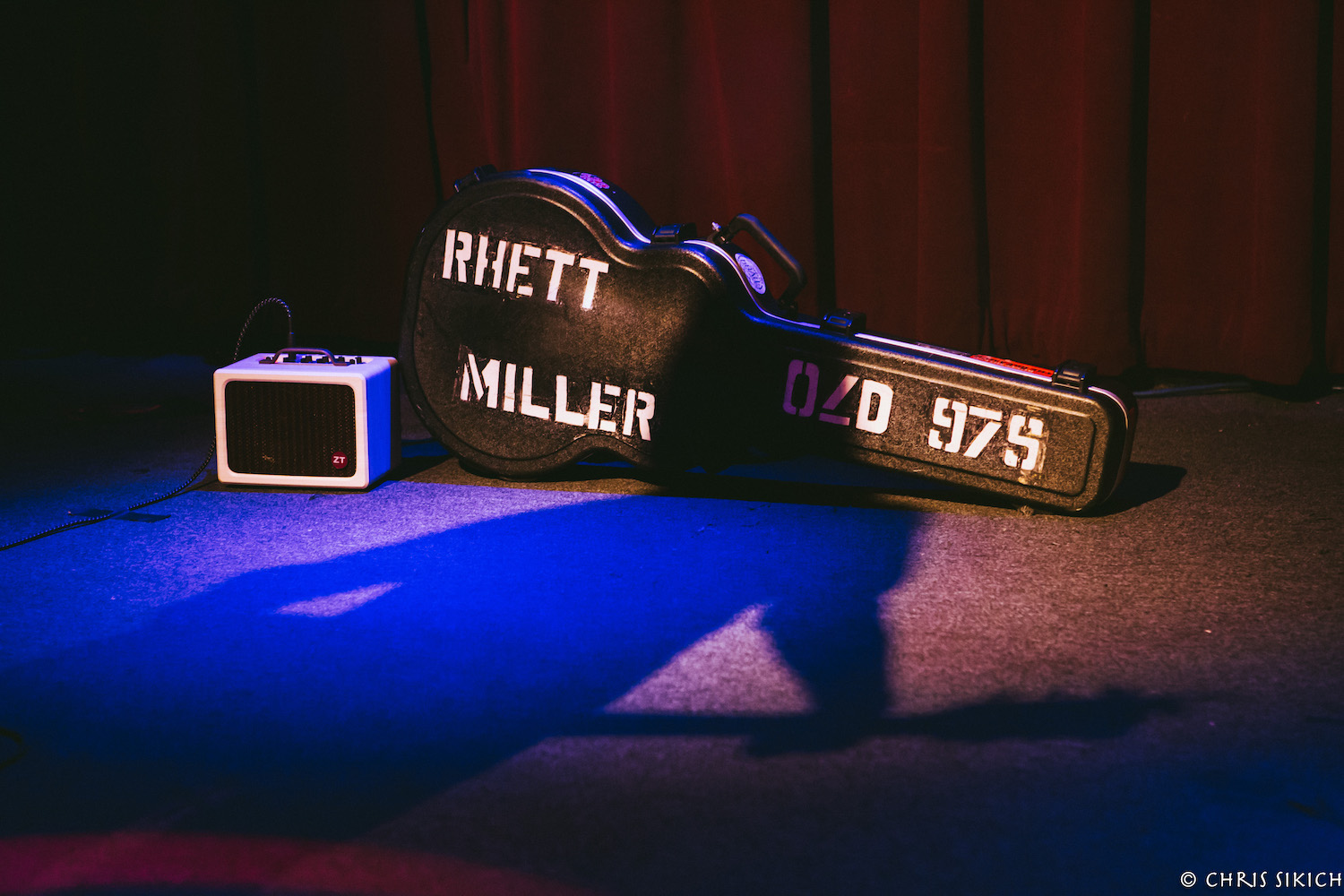 True to form, Miller will be passing through again soon enough, pulling double duty as a solo opener when the Old 97’s holiday extravaganza tours up and down both coasts between Thanksgiving and Christmas, wrapping up with two dates in Texas before the year’s out. 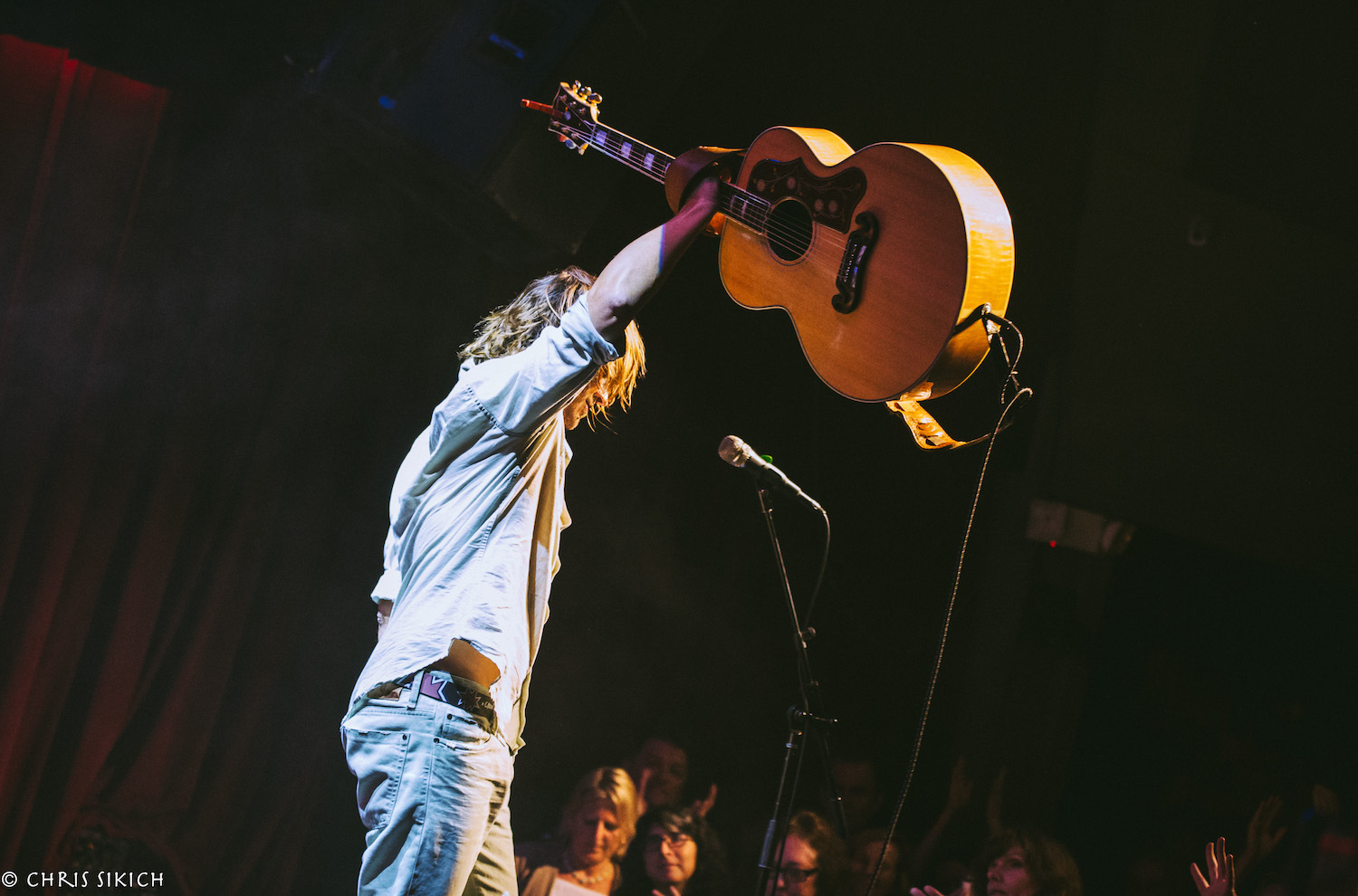