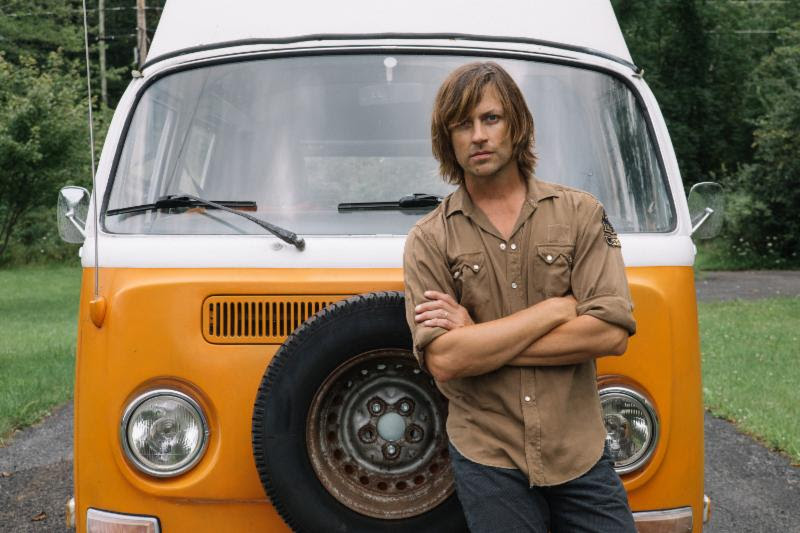 Rhett Miller didn’t have to go far to find the catharsis that informs his latest release, The Messenger (ATO). Triggered by his son’s advancing age, the Old 97’s frontman exhumed the troubled, borderline suicidal thoughts that bogged down his own 14-year-old psyche. Recorded with Sam Cohen (Kevin Morby, Benjamin Booker) in a five-day spurt at the Isokon in Woodstock, N.Y., Miller’s eighth solo album (if you include his 1994 pre-Old 97’s debut, Mythologies) has a nimble, expansive feel. Cohen’s textured guitar work and the locked-in low end of bassist Brian Betancourt and drummer Ray Rizzo provide an elevated soulfulness that’s been lacking in Miller’s past work, even as the subject matter turns inward toward the soul-baringly personal.

MAGNET recently spoke with Miller about The Messenger’s gumbo of emotions. He also offered his take on the semi-sincere motivation behind Love The Holidays (ATO), the new Old 97’s Christmas album.

Your son is about to turn 15. Apparently, that’s stirred up some memories.
For sure. Our children are nothing if not mirrors of ourselves. We relive the moments that were so hard to live through the first time. Both my kids are so better adapted than I was at their age. Still, it reminds of just how hard it is to be a kid and just how hard it is to be a human being. The world is such a harsh place, and every day is a little bit of a struggle. The 14-year-old version of me came the closest to giving in, but it’s not like that battle ever got won.

What were you battling at the time?
I thought it was a real existential crisis. There was a fundamental meaningless to it all that just floored me. It was about brain chemistry. It was about my parents’ marriage and its long, slow disintegration. It was about me realizing that I was a sensitive, artistic kid.

That’s pretty heavy shit for a 14-year-old.
Yeah, I was precocious. [Laughs]

You basically kicked things with The Instigator in 2002. Since then, you’ve been The Believer, The Interpreter, The Dreamer, The Traveler and now The Messenger.
Yeah, that comes from the bridge from “Human Condition.” It’s a message to myself back when I was so freaked out—me saying, “Hey, it’s worth staying alive, but not in any way that I can really quantify. I can’t show you a photograph of yourself as a perfectly happy and content adult, but I can show you a photo of yourself as someone who’s grateful he didn’t die back then.” I almost called the album The Face Of Danger, but it seemed like a cop-out.

How did you hook up with Sam Cohen?
I talked to a number of young lead singers of bands I really liked—the kid from Car Seat Headrest and Ben from Lord Huron—but the timing wasn’t right for either of those guys. Sam had done a couple of records for my label, ATO, and I really wanted to work with someone who’s an artist first and a producer second. He’s pretty young; he grew up in Houston; he was a rockabilly guitarist; and over the last few years, he’s become this pretty sought-after producer. What he is—and it took me awhile to figure this out—is like a young Jon Brion. Sam really sees the architecture of the music, and he can play anything you can imagine. He wound up being the perfect foil.

The album has a distinct groove throughout.
There’s something about the rhythm section on this album that really blows me away. It’s organic, visceral and raw—that real in-the-pocket groove Ray and Brian have. We immediately heard it during playback.

As you were writing the songs, did you sense that they needed a different treatment in the studio?
When I wrote them, they felt like the ones I was writing in high school. I really wanted to take them somewhere where I would never think to take them. They felt kind of folky to me—all my songs sound kind of folky when I write them. I remember when I wrote “Timebomb,” and I went to (Old 97’s guitarist) Kim Bethea and he said, “Man, that sounds wimpy.” Now, it’s our signature song and set closer, with his signature guitar riff. Songs can become anything, and I’ve been the beneficiary of that for decades.

So, why a holiday album?
Christmas albums are useful—sort of this evergreen quality. I started thinking about the songs we’ve all grown up with and heard too many times, and then I started looking for gaps in the canon. The opening title track is something I wrote with Kevin Russell (Gourds, Shinyribs). He’s such a great writer—and one of the reasons is because he’s got so much soul. Of all my myriad talents, being super-soulful isn’t one that gets brought up a lot. Kevin came up with the idea. It’s joyous, ebullient and fun, but also kind of snotty and snarky. Top to bottom, the album is so fun.

It also looks like you guys had fun with the photo shoot for the album.
It was a sweltering-hot August day in Chicago, and this really nice couple in Evanston—where we were playing a street festival that day—let us use their historic house. It was hot as hell, and we were wearing Christmas sweaters and laughing our asses off. There are some ridiculous photos, including the picture on the back cover where Murry (Hammond) has like eight chins. I would’ve been way too vain to let that picture go, but he was fine with it. 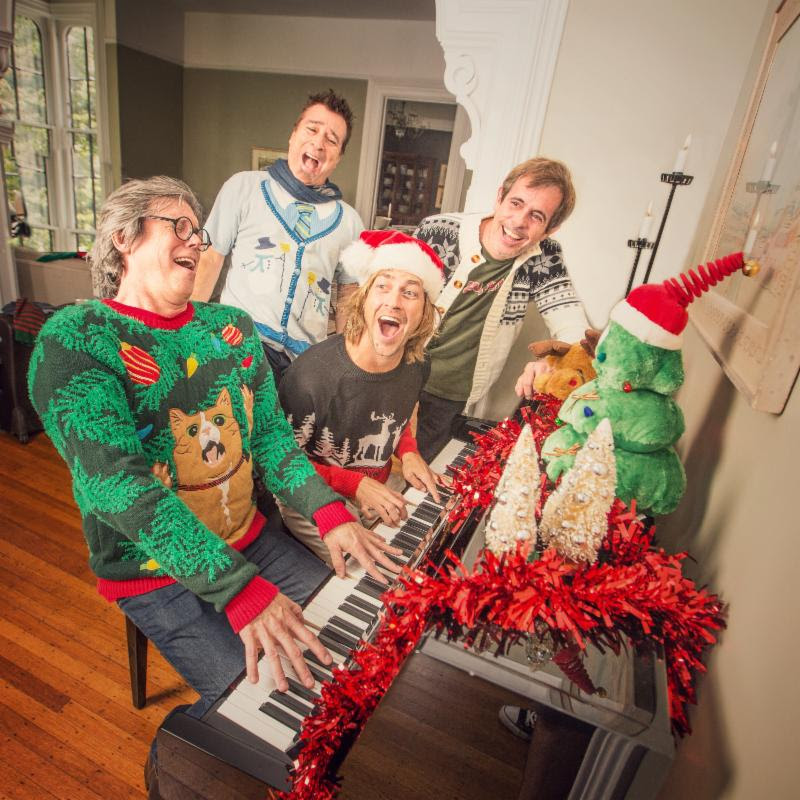