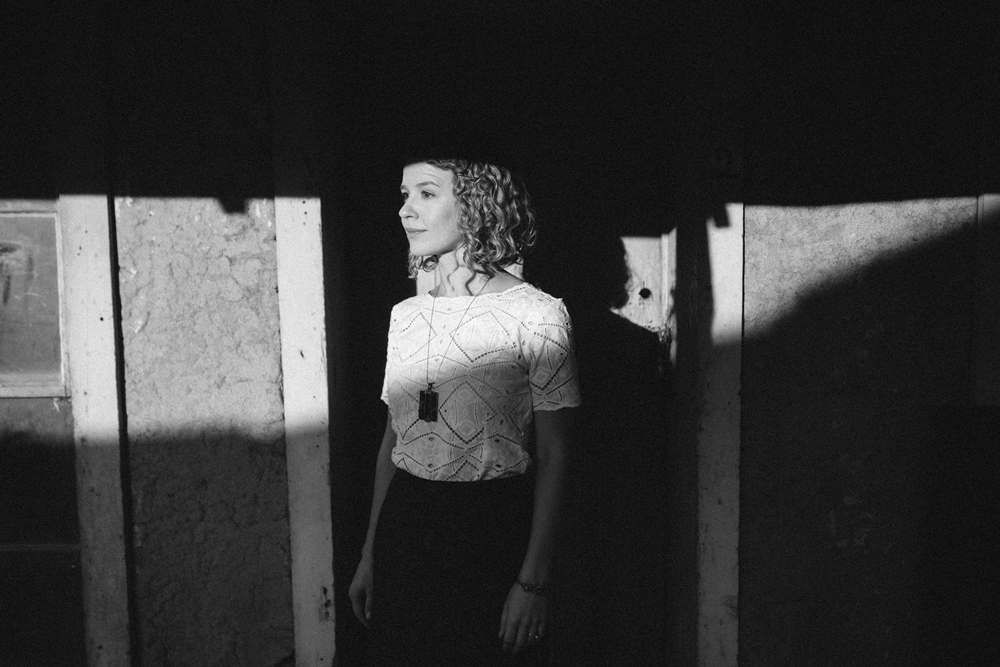 Rebekah Rolland’s debut album, Seed And Silo, came out last year via Sky Island, and a lot of the stimulus for the LP came from the Tucson, Ariz., singer/songwriter’s residency with the National Parks Service and what she took away from it. Seed And Silo is also inspired by issues Rolland wants to bring attention to, such as women’s rights and immigration. In honor of her first solo release, MAGNET asked the Run Boy Run member to put together a mix tape for MAGNET.

Patty Griffin “Chief”
I got hooked on this record when I was 13 and loved this song in particular. I like that she writes about and from the perspective of the quiet and oppressed and repressed and lonely, and that her songs often focus on the intimate experiences of these individuals (“Making Pies” and “Top Of The World” are similar to “Chief” in this way). It makes for sad music, but it’s, nonetheless, a satisfying sort of reckoning. Her experimentation with point-of-view in this way has long been a source of inspiration for me.

Iron & Wine “Cinder And Smoke”
I hope that this is based on or inspired by William Faulkner’s Barn Burning, but I can’t be sure. In any case, it takes me to a very similar place, and I like the two of them for similar reasons. Sam Beam often writes in a Faulkner-esque stream-of-consciousness style, establishing setting and mood through a string of images–some of them commonplace, some jarring, some beautiful. I like this impressionistic mode of storytelling, and it’s had a huge influence on my own writing.

I’m With Her “Pangaea”
This is my favorite song on I’m With Her’s recent record. I like the way the melody bounces across the guitar part like a skipping stone. The song is about distance and loneliness, and the image of the earth shifting and the continents suddenly becoming scattered across the ocean is the image at the heart of it. This idea is underscored musically by two disparate female voices (most noteworthy on the chorus) and the sparse instrumental arrangement. It’s all just so innovative and striking, and I could listen to it again and again. The music these ladies are making is total magic.

Sufjan Stevens “Death With Dignity”
This song absolutely shatters me into a million pieces. His melodies are so beautiful, and this one just floats through the air like the spirit that it refers to throughout the song. Like Iron & Wine, I’m always struck by the way he tells a story purely through imagery. Who or what he’s writing about isn’t always clear, but the meaning and sentiment behind each song is unmistakable. I also appreciate how adeptly he treats darker subject matter, like depression and illness and suicide. The complicated feelings and effects of loss are felt so deeply without explicit mention of the tragedy behind them (title of the song aside). You’re gently led into a state of uncertainty and mourning and reluctant optimism along with the narrator who is coping with this loss. It’s beautifully written and executed. And (side note) another parallel to Iron & Wine: I love a good haunting, multilayered, drawn-out vocal outro.

Cat Stevens “The Wind”
A mere 1:42, this song always goes by too quickly. Cat is contagiously sunny somehow, and the world could always use greater doses of that, I feel. The lyrics are vivid and kind of outlandish, and the melody complements that in a really delightful way, mirroring the movement of the narrator on the wind, across the devil’s lake and to the setting sun and onward.

Grateful Dead “Friend Of The Devil”
You have to appreciate the extent to which these guys walked the edge, both musically and lyrically. This whole song, simple as it is, has a certain edge and rawness and subtle tone of defiance that I really love. Also, it’s arguably one of the all-round best choruses ever written.

Nickel Creek “Seven Wonders”
Nickel Creek was a huge influence when I first started playing acoustic music. I was a kid at the time, and my first time seeing them was, arguably, the initial spark that sent me running in this direction. I saw them for the second time when I was a teenager on their release tour for this record. I latched onto this song then, and I still revisit it quite a bit. Musically, it just feels so essentially Nickel Creek with the distinct interaction of the mandolin and guitar and Sara’s fiddle part wafting above them, and the vocal-layering at the end bringing it home. It’s a very familiar and comforting sound to me.

Gillian Welch “Look At Miss Ohio”
I don’t know exactly who Miss Ohio is—she might, literally, be a pageant queen, she might not be. Regardless, I feel really sad for her. I like that Gillian Welch’s songs often have this effect, even though the narrator is, in a detached manner, just relaying basic and vague observations about a person or place or situation. It’s very reminiscent of old-time ballads, characterized by a dispassionate retelling of stories of love and loss and desperation. However, I would be grossly misguided if I ignored the music’s role in this, which, in classic Welch and David Rawlings form, is animated and poignant and wistful, and as integral to the storytelling as the lyrics are.

Chris Thile “Raining At Sunset”
I will always associate this song with a family trip to the north rim of the Grand Canyon one fall. The North Rim is more like Colorado than the rest of Arizona, and we were driving up there when all the leaves were changing, and we were listening to this record on repeat. My sister and I called the area along the rim the “Hobbit Forest” because of how lush and colorful it was (it’s a complete coincidence that the title of this album, Not All Who Wander Are Lost, is a reference to Lord Of The Rings). It’s a solid tune to begin with, but absolutely transcendent as a result of a powerhouse lineup of musicians (Stuart Duncan, Edgar Meyer, Jerry Douglas, Bryan Sutton, to name a few).