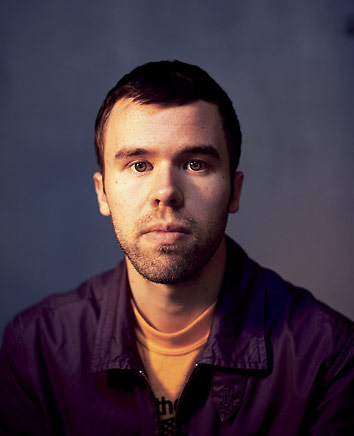 Most of us weren’t old enough to buy records back when Sgt. Pepper was first unleashed on an unsuspecting public, nor were we conscious of Hendrix when his backward-masked, brain-bending Are You Experienced? first visited itself upon the rock-starved masses. But—retrospectively, of course—we can dream up plenty of scenarios in which some kid hears this magic-mushroom music for the first time and, starry-eyed, decides right then and there to start a band and dedicate a life to music, no questions asked.

Not to saddle him with the weight of outsized expectations—Cincinnati’s Peter Adams is at too tender an age (merely 22 when his DIY debut, The Spiral Eyes, was recorded in his home studio in 2004) to be that kid, either—but the same feelings of euphoria are instantly recognizable upon listening to his handiwork, which is no mean feat considering the sticks-and-stones nature of the album’s origins.

At least insofar as his own life is concerned, Adams comes by his relationship with music honestly enough. His father is a professor at the University of Cincinnati’s College-Conservatory of Music and encouraged Adams’ interest in music early on, enrolling him in violin lessons at age three.

“I was really lucky to have that kind of upbringing,” says Adams, connecting his training to the luminous string parts that bob in and out of his arrangements. “I didn’t necessarily enjoy it at the time; I had all the music theory, the practice, the playing in orchestras on the weekend and all that. But it made writing pop songs—at least, coming from the perspective of a classical tradition—very easy.”

As a student at Oberlin College, Adams taught himself guitar by playing along to old-school punk records. “Circle Jerks, Minor Threat, X-Ray Spex, Bad Brains,” he says. “In fact, I owned the complete Dead Kennedys discography before I bought my first Beatles album.”

Herein lies the charm of what Adams sarcastically calls his “violin-soaked punk-rock folk”: His music is at once classically influenced and yet tethered to nothing but his fevered imagination, bringing the bedsit-producer mindset out of the basement and into the bright light of day.