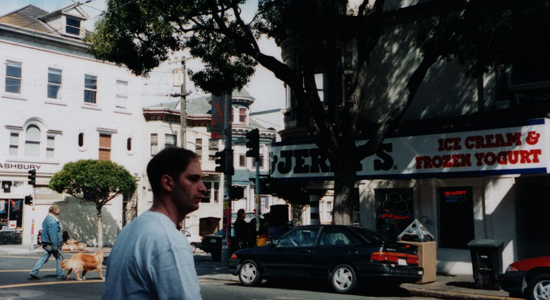 If you knew Jason DiEmilio only via the cryptically packaged music he made with his various drone- /noise-oriented projects, you would get the impression that he probably fancied himself some sort of ultra-serious artiste making records that were purposely over the head of even the most hipster music lover. (It didn’t help that Jason took the name of his main outfit, the Azusa Plane, from Akira Kurosawa’s epic film Ran.)

The Azusa Plane was a big part of the late-‘90s Psychedelphia scene, which also included sonically similar artists such as Bardo Pond, Lenola, the Asteroid #4 and psychedelic godfather Tom Rapp. (It’s no coincidence that all of those musicians played MAGNET’s five-year anniversary in 1998.) At various times, Jason also played guitar in Mazarin, ran three record labels and recorded and released music by various projects including the Spires Of Oxford and Dance Chromatic.

I first met Jason almost a decade ago. Immediately, I found it pretty hard to reconcile that he was the same guy who made such artsy, challenging music. Jason called everybody Monkey. (He also really enjoyed the word “dude,” which he spelled “dood.”) He worked in the programming department of ComcastSportsNet and loved Philly sports. He was constantly on the lookout for what he termed “hot chicks.” He once asked—in all seriousness—what chicken tasted like. (For years, Jason only ate Ellio’s Pizza, which we, of course, took to calling DiEmilio’s Pizza.) During the cold months, the follically challenged Jason proudly wore the biggest, furriest, ugliest winter hat you have ever seen, often indoors.

It was no secret to his friends that Jason—who has a rough childhood to say the least—struggled with depression. In recent years, however, he began suffering from tinnitus and hyperacusis (a rare, debilitating ear disease that can be caused by playing loud music without wearing ear protection). Jason traveled across the U.S. seeking treatment from doctors, but none could help him alleviate his chronic pain. The last time I saw him, he told me that he didn’t know how he could handle always being sick.

Jason killed himself on Halloween, just 17 days following his 36th birthday. Since, much has been written about his various musical accomplishments. But when I think about Jason, it’s never in terms of the music he made. I think of my friend, who, despite all his troubles, had only good in his heart.