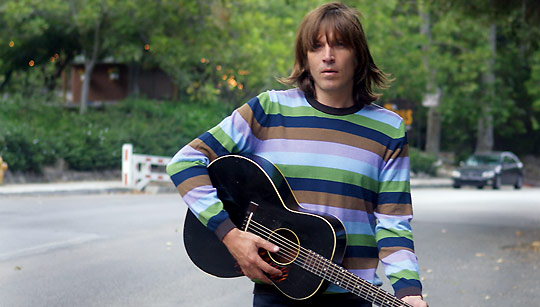 What made you want to use the Lemonheads name again?
There was a day-long festival in Brazil three years ago with all these kids doing nothing but Lemonheads songs. I didn’t get to go, but it made me think another Lemonheads record was in order.

Did you consider asking former bandmates Ben Deily, Jesse Peretz, Doug Trachten or John Strohm to participate?
Some of those guys are doing their own music now. The guys I really started Lemonheads with went to Harvard, so I knew they’d wind up doing other things. Bill and Karl were in the Descendents and Black Flag and part of that whole Minor Threat/Angry Samoans thing: bands that actually influenced the Lemonheads. Mascis? He just made sense.

What is the Band’s Garth Hudson doing on The Lemonheads?
Getting Garth was just a wild idea. The songs I used him for had a Rick Danko feel to them. Besides, I felt I had a right to call Garth because we did these poems of Edgar Allan Poe together onstage on Halloween in 1998 with Eric Mingus playing bass (for the Hal Willner project Closed On Account Of Rabies).

While the music on The Lemonheads is aggressive, your lyrics are more ruminative. Does this brand of writing come with age?
The aggression of “Black Gown” probably comes down to the fact that I wrote it while on tour with the MC5 (in 2004). Lyrically, it came from a friend of ours whose father died. “Steve’s Boy” is autobiographical, but not mine. Bill wrote that about taking care of his father. Lyrically, I think I’ve been getting into certain books, like Fitzgerald’s The Crack-Up, that have that lingering quality.

You’re 39. Is there any vanity left in you? You’re a good-looking guy. You modeled. Got any lotions, potions or skin-care tips?
I think vanity is just a byproduct of being in a band. I try not to think too much about that stuff. I take care of myself. More than I used to. [Laughs] Skin care? Actually, I still use Noxzema every night. Wash my face with it. I learned that from my sister.

One reply on “Q&A With Evan Dando”

I met evan a couple of summers back. We called him over and he was really friendly and down to earth guy. I wanted to buy a lemonheads tee shirt and he told us to hold on a minute,he came back outside with like ten shirts. We offered to pay for them and he said not to worry. This is a guy who has alot of street credentials. Thanks Evan!