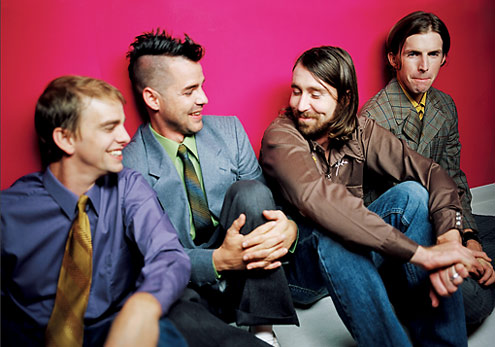 Some bands seem to emerge overnight. Others, such as What Made Milwaukee Famous, take the better part of a weekend. In September 2005, the unsigned Austin, Texas, band was on tour, likely with the intention of escaping the maelstrom of hype and hangovers accompanying the annual Austin City Limits Music Festival. Instead, What Made Milwaukee Famous turned 15 minutes of television fame into a record deal with Barsuk, a reissue of its self-released debut and a 15-month flurry of dreamlike good fortune.

“It fell in our laps, actually,” says frontman Michael Kingcaid. “We got a call from our manager saying we’re playing the Arcade Fire show at Stubb’s: Friday night, sold out. The next day, because Nine Black Alps canceled, we got on the festival lineup. The day after that, we found out about [an opening on the Austin City Limits TV show]; Franz Ferdinand just happened to cancel their taping. Friday was the show, Saturday was the festival and Sunday we taped the spot. One weekend.”

Perhaps there was a modicum of dumb luck involved. But Barsuk co-founder Josh Rosenfeld had been scouting WMMF since first spotting the band earlier that year at a South By Southwest showcase it played alongside another Barsuk band, the Long Winters. Soon after Rosenfeld signed WMMF, the foursome began working with engineer Jim Eno (Spoon) on four new songs for the re-release of 2004’s Trying To Never Catch Up. Vivacious and smartly varied, the band is all over the map but always hits its target, whether employing sinister synthesizers (“Idecide”) or arresting Lower East Side rock (“Mercy, Me”). On belted-out, power-pop confessionals “Almost Always Never” and “Hellodrama,” Kingcaid’s urbane vocals—part Freddie Mercury showman, part Britt Daniel chameleon—get up close and personal.

“I was determined when I started this not to limit us to one corner of a genre,” says Kingcaid. “I don’t ever want to sound one way for too long.”