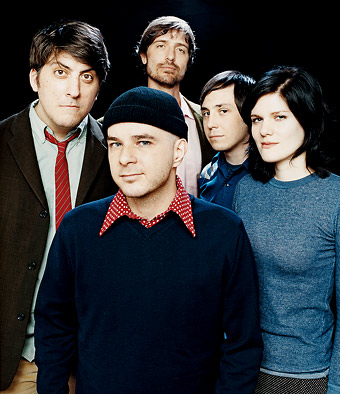 Even though My Teenage Stride is three albums into its career, the new Ears Like Golden Bats (Becalmed) is the first time the Brooklyn band has been much more than a one-man show. Singer/guitarist Jedediah Smith is the sort of songwriter for whom composition is compulsion, and tunes are constantly being written.

“I just hear stuff when I’m walking down the street, anytime really,” explains Smith at a West Village bar. “In high school, I recorded tons of stuff on four-track, but I would also mock up album covers, think up new band names—the whole deal.”

While it might sound like his vision was fully formed when My Teenage Stride was conceived in 2003, Smith says it wasn’t until about a year ago that the pieces came together: “I thought, ‘Shit, man, you’re a musician. Maybe you could use a real band.’”

Ears Like Golden Bats shows other signs of maturity. For years, Smith would cycle through any pop style in the songbook, but for this record, he settled on a uniform aesthetic: the brand of ’80s indie relying on jangly guitars, a dash of Velvets fuzz and that special sort of reverb perfected by Johnny Marr and Peter Buck. Smith readily admits his debt to vintage groups but doesn’t believe that treading ground already covered by acts such as the Go-Betweens, the Pastels and the Bats is an empty enterprise. Rather, he feels that the pop sounds of any era can still make sense as a way of thinking about, and hearing, the world. “Reversal,” for example, nabs the chord progression and smoky spirit of the Chills’ epochal “Pink Frost,” a move that Smith says was intentional. “It’s one of my very favorite songs,” he says. “And I thought, ‘What if I could make it more concise?’”

Of Smith’s heroes, he mentions ex-Guided By Voices frontman Robert Pollard most often, but the Aislers Set’s Amy Linton is also noted with great reverence. Linton’s quiet pop mastery clearly resonates in Smith’s work with My Teenage Stride, which mixes melancholic musical tones with funny, witty lyrical bends on songs such as “The Genie Of New Jersey” and “To Live And Die In The Airport Lounge.”

“The music is where the emotions reside,” says Smith. “People are always lauded for being sincere. But in a way, that’s just another gimmick that songwriters use. Of course, that’s fine, but it’s about personality. For me to be honest, I cannot be too literal. I need to be a little bit funny.”