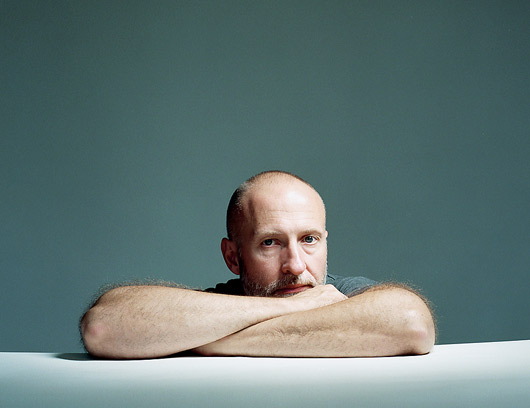 When was the moment when you said, “Fuck this. I wrote those Hüsker Dü songs. I’m doing them”?
When I was 44 going on 45, right in the middle of a tour. I’m very self-aware. I’m always concerned with moving forward. There’s an old saying that when your memories outweigh your dreams, it’s all over.

Isn’t that from a Dennis Hopper commercial?
With time and its inevitable march forward, I decided to approach the old songs after the cajoling of the guys in my band. They wanted to be a part of it. Those have always been my songs. And it’s what the people want. Sometimes I can be a real prick about what I want. [Laughs] But in 2005, if that’s what they wanted and it felt like a great time to do it, it was like, “Why not?”

Aren’t you tired of what people want, though?
Be honest. [Laughs] After (2002’s) Modulate tour and all that happened with that … I mean, I loved all that (electronic) stuff, but Modulate was a lot to ask of people. I’m aware of that.

Wouldn’t you have imagined that, by 2002, even the staunchest hardcore fan would’ve been more accepting of the electronic thing you were doing? That had to be not just a disappointment but a cultural shock. It was as if, as a gay man, you had decided you liked chicks.
To some guys that’s hot. [Laughs] Look, it’s not as if there’s no precedent for that: Lou Reed’s Metal Machine Music, Neil Young’s Re-ac-tor. People take detours. It’s where I was going. My polite answer, when asked about the legacy and whether or not it’s a blessing or a curse, is this: My fans have such a strong connection to a certain perspective that I offer, whether it’s slightly overweight, sad-in-a-sweater Bob circa Workbook or … not that Bob. But life changes. I changed. I work on improving myself. There are different representations of what and how I hear myself and what I hear in my head and what I want to tell people. But my fans can be so resistant to change because they have such dedication to a certain component of the previous work. It must have been a shock. I can understand that.

Man, you got polite with age.
But had I not done that, I wouldn’t have been as thrilled with (2005’s) Body Of Song.

Will the three members of Hüsker Dü ever agree on how to reissue the old albums on CD, or should we keep the vinyl?
Keep the vinyl. Getting the three Hüskers to agree is tough, because there’s no conduit in place. (Hüsker Dü singer/drummer) Grant Hart’s lawyer was handling things for years. That disintegrated. I proposed using my lawyer, and you can just imagine how that went over.

I went to your blog (www.modulate.blogspot.com), and you were doing the math around Radiohead’s In Rainbows and speculating what an artist has to do to make money in the current climate.
It was about what an audience can and will bear in terms of pricing.

Well, it looked as if $4 was what they’d bear. Does that work for you? Nearly 30 years in the business, 10 songs, $4?
I know. The business has resigned itself to that. I, on other hand, refuse to resign myself to that. But if I was Radiohead, I’d try it, too. They have all the ancillaries in place. Band X has four songs on MySpace? Good. Luck. Someone like me who is in the middle, I’d rather be old-school revivalist. Put it on CD. Get it on a label. Go town to town. I earn my keep in ticket sales and selling and signing after the show: the old-fashioned way. But then again, how I record has changed. It’s all at home. When I hit “record,” it usually winds up as what my CD is.

You’ve gone from label to label. Is it the case now where you approach them, or do they approach you? Are you saying, “I’ve got a set of songs called District Line,” or are you calling them and saying, “I’m Bob fucking Mould”?
I say the former and the latter is implied. [Laughs] Anti- is the type of label where its fans match with the music: older career artists. People who like Anti- still buy CDs. I think my audience wants that.

I hear the influence of Richard Thompson and Pete Townshend on this album. What are your favorites of theirs?
I didn’t really know Thompson until recently. Once I discovered him, I carried Shoot Out The Lights everywhere I went. The Who? Sell Out. I love concept records. It’s so mod heading toward psychedelic, so of that moment. Like Rubber Soul, everything came from that.

Where does District Line fit in the Bob Mould canon?
“Return to form” are three words I hate to see. But Body Of Song was that. You know, like, “Hmm, the guitars are louder than the synthesizers.” District Line continues along that path.

That sounds like a calculated move. And I don’t necessarily see you as a guy who says, “I have to strike a nice balance.”
I see it afterward. I just write and write and write. I see albums in place. When I write a song I see as the opener, it stays the opener. The closer stays the closer. Then I just fill everything in between. I think mine is still an album audience, so when I have 10 or 12 tunes that tell a story, I’m done.

There are moments on District Line where I think you’re trying to help yourself. Have you ever been in therapy?
I’m always trying to help myself. [Laughs] I’ve tried therapy, but it just doesn’t work for me. Where I find myself best in life is when I’m comfortable enough to be reliant on a handful of people close to me and be comfortable enough to have them rely on me.

“Again And Again” is a song about putting yourself out there, only to get slapped back. I wouldn’t assume the song is about you, but you famously came out of the closet and you’ve discussed bad bouts of drinking.
I can relate to it pretty well. It’s based on some personal stuff with added coloration.

How tired of human frailty are you?
Personally and professionally, it’s part of the deal. It never goes away. Losing things, disappointments—yeah. But there’s something on the other side. You hope. Even when you think something’s poured in cement, something happens.

Here’s my corny, lyric-quoting finale: On “Walls In Time,” you ask if it’s a crime to want to share your soul. Is it?
I wrote that in ’88 in the middle of that Workbook era, and it really fits that moment. And now. I pulled that out because I was having trouble closing this new record. It was the period to a sentence. But one that I wrote 20 years ago.

Do you feel like growing old within the alt-rock continuum is more difficult than growing old as a rock dude from the ’60s or ’70s?
I really don’t. Only because being hard was only on my card for a minute. I’m a historian of this thing. I started listening to pop music in 1965. I don’t think what I do is different than that, only differing aggressive forms of it. I don’t think it’s as tough a business to grow old in as everyone seems to think it is. Having said that, I want to age with grace without losing childishness. I couldn’t do the Hüsker thing anymore because it wouldn’t look right. I’d look stupid. But there are songs I have an affinity for that resonate with me, songs that I can do. I don’t worry about legacy when I’m driving around in my car.