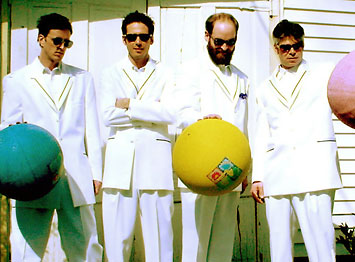 Unheard from since 2005’s stellar End Of Love, Clem Snide will release Hungry Bird (429 Records) on February 24. Frontman Eef Barzelay and crew recorded Hungry Bird in 2006, but the LP remained in limbo while group members went through a series of personal and professional crises that included parting ways with their longtime manager and booking agent. Oh, and the band also broke up. As there are plans to play shows supporting Hungry Bird in the spring, one can assume they’re back together. Despite Clem Snide’s uncertain post-2005 lifespan, Barzelay has kept busy with solo albums (2006’s Bitter Honey and last year’s Lose Big) in addition to scoring the 2007 film Rocket Science.

Fun fact: Barzelay was the cover model for MAGNET’s power-pop issue, which you can buy here.