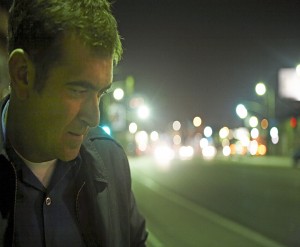 Since the release of 1982 debut Strange Allianc, Tommy Keene‘s brand of power pop has earned him the respect of Paul Westerberg, Jeff Tweedy, Peter Buck, Robert Pollard, T-Bone Burnett, the Gin Blossoms and the Goo Goo Dolls. Keene is the man partially responsible for what’s quite possibly the best post-Guided By Voices record that Pollard has issued (2006’s Blues And Boogie Shoes, a Pollard/Keene collaboration credited to the Keene Brothers). He’s also as nice a guy as you will ever meet, so we’re happy to report that Keene will release his eighth solo album on February 17. The 11-track In The Late Bright was recorded at Keene’s home studio this year with some help from R. Walt Vincent (Pete Yorn, James Blunt) and will be released by the Second Motion label.

One of Late Bright’s highlights is “Elevated,” a druggy instrumental departure from the melodic guitar pop Keene is known for (though the record contains plenty of that stuff). “I want to do a whole album like that, sort of getting away from the power-pop framework that I’ve always done, and just try to deviate a bit,” says Keene. “Then again, if I can’t sell a record with vocals and guitars, how could I sell a record of just mucking about experimentally? I’ll leave that for Thurston Moore.”

Keene plans to play some shows in the spring in support of Late Bright and may also release a two-CD best-of, though that latter prospect is merely a thought at the moment.

Listening to Late Bright got us thinking of the last time we profiled Keene. It ended up being a milestone interview for him, marking the first time he spoke to the media about being gay; you can check it out here.

right on! what a great article…..hope to see more TK news in Magnet.
thanks, larryt