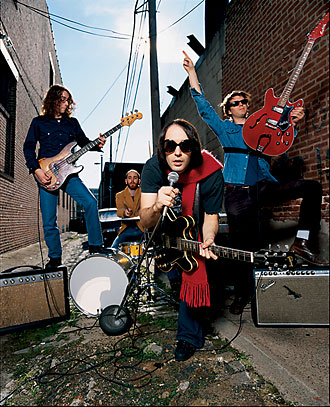 If you’re a rock ’n’ roller with the misfortune of having to subsidize your music career with an office gig, your colleagues have most certainly saddled you with CDs of their friends’ horrifyingly shitty bands. I figured it’s always best to tell them their friend’s band sounds “really pro” and promise to try and make that Monday-night show at some sports bar in the ’burbs. In all these years, only once have I received a disc that lasted more than one minute in my CD player: the Capitol Years’ Meet Yr Acres. Shai Halperin and crew have since released records that rocked harder and garnered more acclaim than their homespun 2001 debut. But this one—a woozy fusion of the Beatles, Beck and Guided By Voices—will always have a special place in my collection.