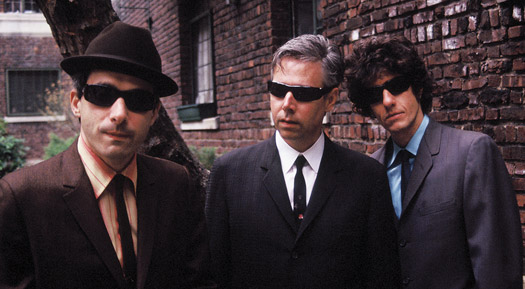 The year was 1987. Former actor Ronald Reagan occupied the White House, while three obnoxious Rick Rubin protégés were crisscrossing the globe on their Licensed To Ill tour, made (in)famous by a giant, onstage inflatable phallus and an abundance of Budweiser-fueled antics. What a difference two decades makes. Tonight at the 9:30 Club in Washington, D.C., in celebration of the inauguration of America’s first African-American president, the Beastie Boys will play a show dubbed “Hey, America Feels Kinda Cool Again,” sharing the stage with that staple of the soccer-mom car stereo, Sheryl Crow. This is progress? At the presidential level, yes, but for popular music, we’re not so sure. Joining the Beasties and Lance Armstrong’s ex-girlfriend are Citizen Cope and “friends,” which is probably code for a few unknown local bands. Proceeds benefit Rock The Vote, which may or may not have been rendered obsolete by the latest election.