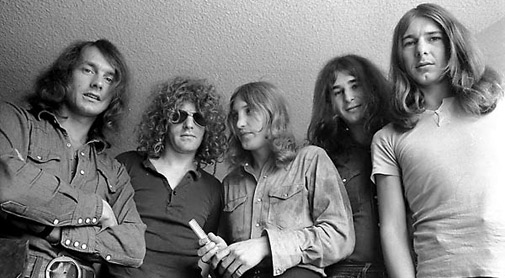 Mott The Hoople, in answer to the prayers of anyone who ever loved the band, will reform in 2009 for live shows to celebrate its 40th anniversary. The Hereford, England-bred combo was fronted by gravel-voiced, perpetually sunglassed lead singer Ian Hunter, whose runaway curly mop rivaled that of King Charles II and whose platform shoes were gaudier than those of MAGNET contributor Fred Mills. Mick Ralphs played guitar and Verden Allen handled the keyboards, with Pete “Overend” Watts on bass and Dale “Buffin” Griffin on drums. They specialized in tearjerkers such as “Ballad Of Mott The Hoople” and “All The Young Dudes,” the latter a glitter-rock anthem written and produced by David Bowie that cracked the U.S. market for the band in 1972. Along with Iggy And The Stooges and the New York Dolls, Mott helped fill the deep void left by the demise/decline of the Beatles, Stones, Yardbirds, Doors and other ’60s legends until the punk revolution of the mid-’70s relit the fires. Some astute observers have pointed out that the Sex Pistols were really just Mott The Hoople speeded up with angrier vocals. Hunter and Co. will play London’s Hammersmith Apollo on October 2 and 3, with more dates possible down the line.