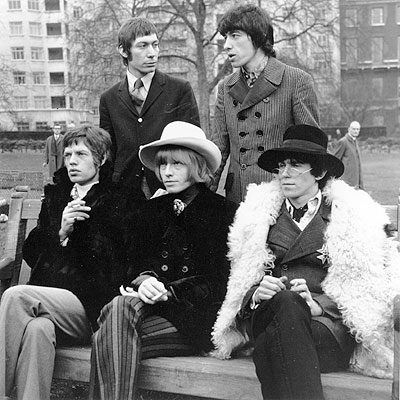 :: TUESDAY: Rolling Stones “Ruby Tuesday” (1967)
Less about the day itself than one of Keith Richards’ many sexual conquests (supposedly a groupie he knew and/or then-girlfriend Linda Keith), this number-one single nonetheless encapsulates a particularly inventive, creative period for the Stones (circa Their Satanic Majesties Request, a psychedelic, improv-heavy album so unlike anything else in their catalog that fans still don’t know what to make of it to this day). “Ruby Tuesday” forms the perfect musical salute to a day otherwise buried in the middle of the week. Unfortunately, the restaurant chain of the same name seems to have had similarly minded thoughts as to its merit.