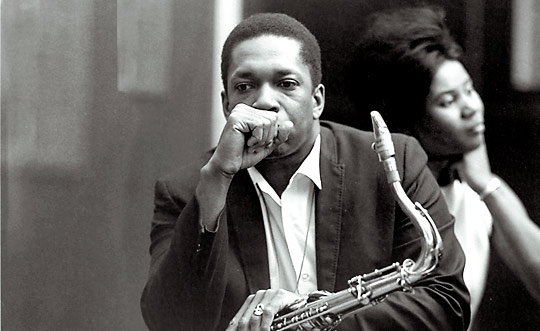 Davis: I’m not sure how I managed to survive for 33 years without this piece of music, but that’s how long it took me to finally get around to hearing it. I don’t think I’ll ever perceive music in quite the same way again. For me, A Love Supreme (released in 1965) drew a very definite line in the sand between a song that could just as easily be sung or not sung, without either the singer or the listener caring all that much either way, and a performance that demands to be heard and dealt with, head-on, on its own terms, right then and there—a song that’s got to be sung or played in that exact place and time, with an absolute commitment, otherwise the singer or the player might fall down dead on the spot.

In that same instant, I learned a very important lesson about myself: I have absolutely no time for the former and am only interested in the latter. I don’t think I’ve ever experienced any recording on as high a level spiritually as this one, and it happens to me every single time I hear it. It’s like having a bomb dropped on me all over again: a peace bomb.

This performance is by the “classic quartet”: Coltrane’s tenor saxophone, Elvin Jones behind the drums, Jimmy Garrison on bass and McCoy Tyner at the piano. I’m at a loss for words to describe how brilliantly they complemented one another. The intensity of the atmosphere on this recording is atom-splitting. The two-disc deluxe edition is the one you want. Highly recommended.

“Psalm” from A Love Supreme: