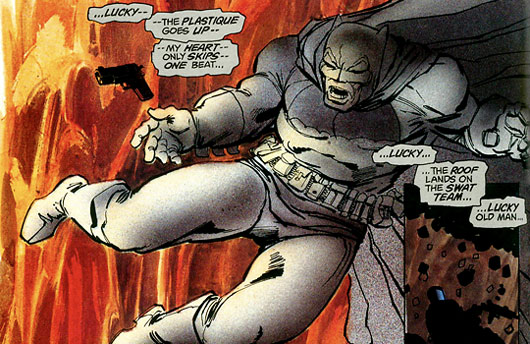 Davis: Written by Frank Miller with Klaus Janson and Lynn Varley, Batman: The Dark Knight Returns is easily one of my all-time favorite works of fiction from any genre. I’m a habitual re-reader, and I’ve re-read this one no less than 25 times. It’s routinely described using words like “operatic,” “fortissimo” and “masterpiece”—I’ll buy that. It’s Miller’s operatic, fortissimo masterpiece.