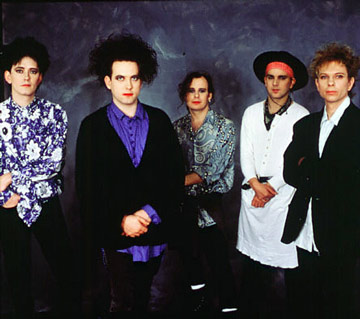 Purists will argue about whether it’s the band’s best song (there are plenty of other contenders in the Cure’s lengthy back catalog; “Just Like Heaven” seems to be the consensus favorite if YouTube plays are any indicator), but this ode to Friday as the greatest among the many days of the week for love (“I don’t care if Monday’s blue”—a direct reference to New Order’s song—“Tuesday’s grey/And Wednesday, too/Thursday I don’t care about you/It’s Friday, I’m in love … Saturday, wait/Sunday always comes too late/But Friday never hesitate”) is perhaps the penultimate musical gateway to the weekend. “Friday I’m In Love” was nominated for a Grammy Award and its oh-so-90s “hey, let’s pretend we’re thespian amateurs for laughs!” video won the Best Music Video award from MTV in 1992 (way back when the outlet was actually playing, uh, music on television). It’s also proven to be the last commercial hit for the Cure in the U.S.