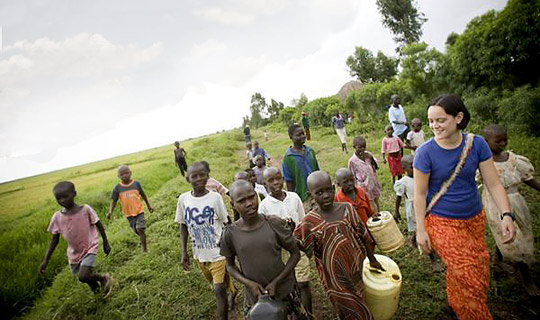 Davis: Wherever you find us on tour, we’ll be there distributing literature and collecting donations for Blood:Water Mission. This organization is on the front lines doing battle against the HIV/AIDS crisis in sub-Saharan Africa by providing clean blood supplies, sustainable clean water solutions and sanitation, and funding for health care facilities and hospices. This is an excerpt from their mission statement:

“Blood:Water Mission launched the 1000 Wells Project in 2005 as a nationwide effort to raise enough money to provide clean water and sanitation to 1,000 communities in sub-Saharan Africa based on the equation that $1 provides one African with clean water for an entire year. Since its launch, Blood:Water Mission has raised millions of dollars from individuals seeking to make a difference. We have partnered with more than 600 communities in Africa, providing life-saving water and health needs for almost 500,000 people. Along the way the 1000 Wells Project has expanded wholistically to include a variety of clean water solutions and sanitation and hygiene training, as well as funding health clinics, community health workers, and support groups, which help in the prevention, treatment, care and support of communities affected by AIDS.”

2 replies on “From The Desk Of Superdrag’s John Davis: Blood:Water Mission”