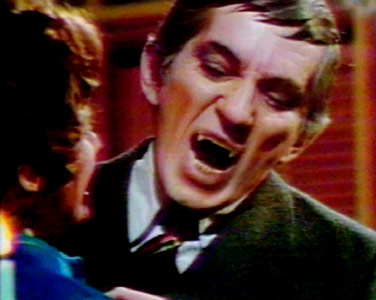 Keene: Like many kids in the late ‘60s, I would run home from elementary school to catch soap-opera phenomenon Dark Shadows. A daytime serial that combined horror (Dracula, Frankenstein, The Wolf Man) and classic Gothic fiction (Wuthering Heights, Jane Eyre, Taming Of The Shrew), Dark Shadows, for a time, was as popular as the Beatles, the Rolling Stones and Laugh-In. Sociologists said the audience comprised mostly kids, housewives and college students who allegedly dropped acid before they tuned in. The major plotline consisted of a certain reluctant vampire, Barnabas Collins, who initially was quite an evil character. He found an empathetic doctor, Julia Hoffman, who fell in love with him and was forever trying to cure him of his vampirism amidst various stories of time travel and entanglements with villains and witches. One of the latter, Angelique, when spurned, placed the dreaded vampire curse on Barnabas for eternity.

When I moved to Los Angeles in 1988, I found that my local video store carried the episodes on VHS, which I would rent and then tape. (All of the episodes are now available on DVD.) I can’t really explain my fascination with the show—certainly nostalgia about my youth plays a big part—but I find the characters to be especially endearing and the plotlines endlessly engaging. There are 1,250 22-minute episodes that I’ve watched at least 10 times each; it’s like having a repertory theater company that plays over and over in my living room. Johnny Depp, a noted Barnabas fan, is currently involved in a Dark Shadows feature-film project. (He’ll play Barnabas.) Word has it that Tim Burton is also attached; let’s hope he tones down some of his heavy-handed cartoon tendencies and remains loyal to what we Dark Shadows enthusiasts find so lovable about the show.

2 replies on “From The Desk Of Tommy Keene: “Dark Shadows””

Dig the music in the bar scene above! Sounds like Herb Alpert, but probably not the real band. I’ve never seen Dark Shadows, but I am intrigued now…