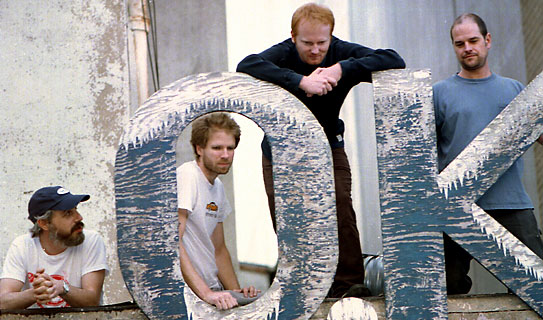 :: THE GLANDS
The Glands // Capricorn, 2000
There was a brief window in the early aughts when The Glands seemed to have legs. College radio had taken notice, and the Shins were in the midst of their unlikely ascent, giving smart, detail-oriented pop groups hope of hitting similarly modest pay dirt. It wasn’t to be, of course, but not for want of hooks. Frontman Ross Shapiro’s dry wit and languid delivery couldn’t hide the giddy spark on these traditionally structured but entirely non-formulaic creations. The Glands’ sophomore album rocked convincingly, lilted winningly, grooved unabashedly and serenaded inscrutably. There was little the Athens, Ga., group couldn’t do, except perhaps find a stable record company. The first issue of The Glands was on soon-to-fold Capricorn. The next stab was via non-starter Velocette. There were a few tours, rumors of a follow-up and, finally, sustained silence.

Catching Up: The Glands partially recorded a third album but are on a prolonged hiatus. Evidently, they are missed.

One reply on “Lost Classics: The Glands “The Glands””

They were one of the best bands ever recorded and really funny and down to earth in person.My fave is Double Thriller and would be with me on a deserted island..Long Live the Glands and ROss You missed my birthday release!haha I hope the third one comes out!We fans want it and deserve another Glands album.