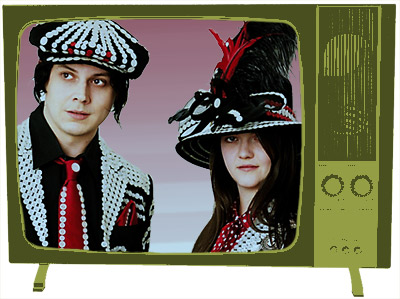 The Tonight Show With Jay Leno (NBC): Chris Isaak
We can’t confirm that all-American ham Isaak is doing a musical performance; though he does have a new album (Mr. Lucky, due Feb. 24), he also appears on Leno as a correspondent from time to time and may be pimping his upcoming talk show, The Chris Isaak Hour. Sadly, it’s on the Biography Channel. Happily, it will be better than Elvis Costello’s Spectacle.

Late Night With Conan O’Brien (NBC): The White Stripes
It’s typical of MAGNET to offer the dissenting view of pop-culture events, but hear us out: For the torch-snuffing of Conan-era Late Night (tonight is Conan’s last hurrah, though he doesn’t take over Leno’s Tonight Show slot until June), the White Stripes “reunite” to perform. We don’t like it. Jack and Meg last played together in September ’07, cancelling subsequent dates due to Meg’s anxiety. Get that drama away from here. Besides, the White Stripes are music-biz establishment, and Conan was always a haven for the dregs, er, not-ready-for-Letterman alt/college-rock bands. Safe, boring choice.